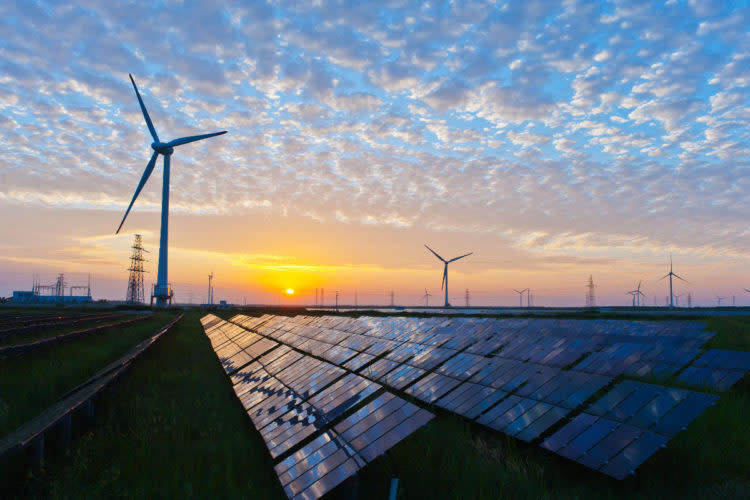 10 fastest growing sources of energy in 2020

In our economic infrastructure, energy is one of the major components because the majority of our activities depend on it. Energy is needed in all sectors, whether agricultural, industrial, economic or residential. There are two sources of energy, conventional and unconventional. A conventional energy source cannot be reused because it is not renewable. This includes coal, oil, firewood, thermal power plants and nuclear power. For a very long time, we have mainly relied on a conventional energy source and due to such high consumption, resources are being depleted at an accelerating rate. Due to the scarcity of resources and the adverse effects of conventional energy sources, many countries are now turning to unconventional sources. However, this change can be observed mainly in developed countries as they have the economic power to easily make this transformation. While much of the world still depends on fossil fuels to meet its energy needs. This is why, almost five years ago, the most widely used energy sources were oil, coal and gas. In 2015, oil accounted for nearly 39% of global energy consumption. Coal and gas represent respectively 28% and 22% of world consumption.

While energy sources help us progress, they also harm our environment, whether conventional or unconventional (renewable). However, conventional energy harms our environment much more. Energy produced by burning fossil fuels is responsible for more than three-quarters of greenhouse gas emissions. In 2017, we extracted 136 billion tons of crude oil to power our energy states, drive our automobiles, and heat our homes. In 2017, 19.88 million oil was consumed in the United States alone every day. This consumption of conventional energy has been the major factor in climate change. It has changed our climate regime, threatened food production and raised sea levels, etc. This rise in temperature also caused an increase in evaporation, resulting in an acceleration of the water cycle.

This is why, while conventional energy sources remain popular in today’s world, there has been a significant increase in alternative and renewable energy sources. In the United States, in the first four months of 2020, renewables produced 27.1% more electricity than coal. In addition, renewable energy sources produced 2.5% more electricity than nuclear energy. Globally, wind power accounted for the largest share of renewable energy in 2018, with demand increasing by 2.1%. According to the International Energy Agency (IEA), in 2017, renewable energies accounted for 25% of global electricity production. Additionally, coal demand fell by 3.3% in 2019. A closer look indicates that the drop in coal consumption has mainly occurred in the European Union. Along with this, there has been an increase in coal consumption in the Asia-Pacific region. In 2018, China accounted for 40% of total wind and solar PV growth, while the United States accounted for 40% of hydropower growth. In 2020, due to global shutdowns, global energy demand fell by 3.8% in the first quarter. Global demand for oil and coal has fallen the most. For example, oil demand fell by 5% in the first quarter due to reduced mobility and aviation.

According to the International Energy Agency, in 2020, renewable energy was the only source that demonstrated growth in demand due to greater installed capacity and priority dispatch. Moreover, many companies have also turned to renewable energy to generate profits. Existing research shows that by switching to renewables, companies have achieved net benefits by no longer facing fluctuating fossil fuel prices. In addition, in the longer term, renewables are more cost effective. The three fastest growing energy sources in 2020 are solar PV, wind, and hydro. Both types of solar energy, solar photovoltaic and solar thermal, have experienced gradual growth over the past two years. In 2019, the world solar energy market the size was $163.70 billion and by 2027 it is expected to reach $194.75 billion. Even wind power has seen massive growth in recent years. For example, in 2000, wind power generated less than 1% of electricity in the United States and in 2018 the rate jumped to almost 7%. The major players in the United States are SunPower Corporation (NASDAQ: SPWR)Duke Energy (NYSE: DUK)NextEra Energy (NYSE:NEE), Avangrid (NYSE: AGR) and first solar (NASDAQ: FSLR).

Having said that, due to COVID-19, the whole world has faced supply disruption due to which the market has faced unprecedented growth challenges. That’s why, while analyzing fastest growing energy, we have taken into consideration past performance and future growth estimate. Additionally, the sources we considered are the International Energy Agency, Mordor Intelligence, and Fortune Business Insight, etc. So without further ado, let’s take a look at the energy sources looking to dominate the industry over the next few years, starting with number 10:

From number 10 we have nuclear. Nuclear power provides 55% of clean energy in the United States. What makes it an ideal source of energy is the fact that by producing electricity, it does not emit greenhouse gases. It is 1.5 to 2 times more reliable than natural gas and 2.5 to 3.5 times more reliable than wind and solar power plants. Around the world, 440 nuclear reactors currently produce 10% of the world’s electricity. According to the International Atomic Energy Agency, by 2025 nuclear capacity will be doubled. Of course, due to COVID-19, the growth of nuclear power has come to a halt in 2020, but even then, a 3% increase is expected in 2021.

Ocean energy is a form of renewable energy that draws energy from the sea. There are three types of ocean energy; thermal waves, tides and oceans. In 2019, in Europe, 1.52 million watt installations were added. In 2019, Europe produced 3.4 million watts of tidal current while the rest of the world was at 1.8 million watts. Amid the pandemic, the global ocean power market was estimated at 2.7 million kilowatts. Moreover, by 2027, the market is expected to reach 27.2 million kilowatts. In 2020, the United States accounted for more than 30.3% of the global ocean energy market. By 2030, according to the International Energy Agency, the market is expected to grow by 15%.

Please continue to view the 5 fastest growing sources of energy in 2020. Suggested items:

Disclosure: No post. 10 fastest growing sources of energy in 2020 is originally published on Insider Monkey.