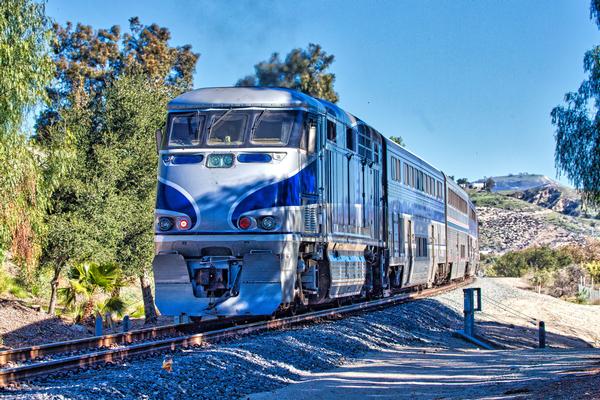 It’s Earth Day 2022, an occasion that invites us to stop and reflect on the state of our planet and its future trajectory, especially now that the climate crisis is reaching its tipping point.

Will humanity reverse course and save itself and the rest of life on Earth, or will it continue to function as it has for the past two centuries since the industrial revolution laid the foundations for a possible planetary catastrophe?

For its part, Amtrak is firmly on board in terms of prioritizing positive environmental actions. As Americans begin to travel again after two years in receivership, America’s leading passenger rail provider today announced its vision to usher in a whole new era in rail travel amid what it has called “one of the most exciting phases for passenger rail travel in the history of this nation”. ”.

As an alternative to expensive, carbon-heavy air travel, or gas-guzzling car travel, people are taking a second look at train travel; especially in the wake of the pandemic, which has made flying so risky that some people may still be worried about it. And now, with fuel prices reaching record highs and airline ticket prices rising rapidly, an efficient alternative looks particularly attractive.

To manifest its vision for the future, Amtrak has committed to reducing greenhouse gas emissions by 40% and switching all onboard electricity to 100% carbon-free power sources by 2030 Part of that destiny will be made possible through the introduction of its new ALC-42 Locomotives to its nationwide network to replace the existing fleet.

These engines will reduce air pollution and greenhouse gas emissions, running cleaner, faster and more efficiently than their predecessors. While consuming less fuel and capable of reaching top speeds of 200 km/h, the ALC-42s also reduce nitrogen oxide emissions by more than 89% and particulate matter by 95%. The first set entered service in February 2022 and several of these modernized and improved locomotives are already on order.

Already, Amtrak offers significant emissions savings compared to other types of transportation. On a per-passenger-mile basis, personal car driving is one of the least efficient modes. Amtrak trains already emit up to 83% less greenhouse gases per passenger than you would while driving and up to 72% less than if you were to fly. Between 2010 and 2019, the operator succeeded in reducing its greenhouse gas emissions by 20% and continues to reduce its fuel and energy consumption year on year.

“The United States has the opportunity to use an unprecedented asset, our rail infrastructure, to support an expanded, high-capacity, low-carbon intercity rail network that can reduce this country’s carbon emissions,” said Amtrak CEO and President Stephen Gardner. “By creating a future where rail runs on clean energy, Amtrak is taking on President Biden’s climate change pledge and FRA’s challenge as we aim to transition to carbon-free electricity to power our trains.” .

Rising demand for clean energy sources could mean a resurgence in mining: NPR