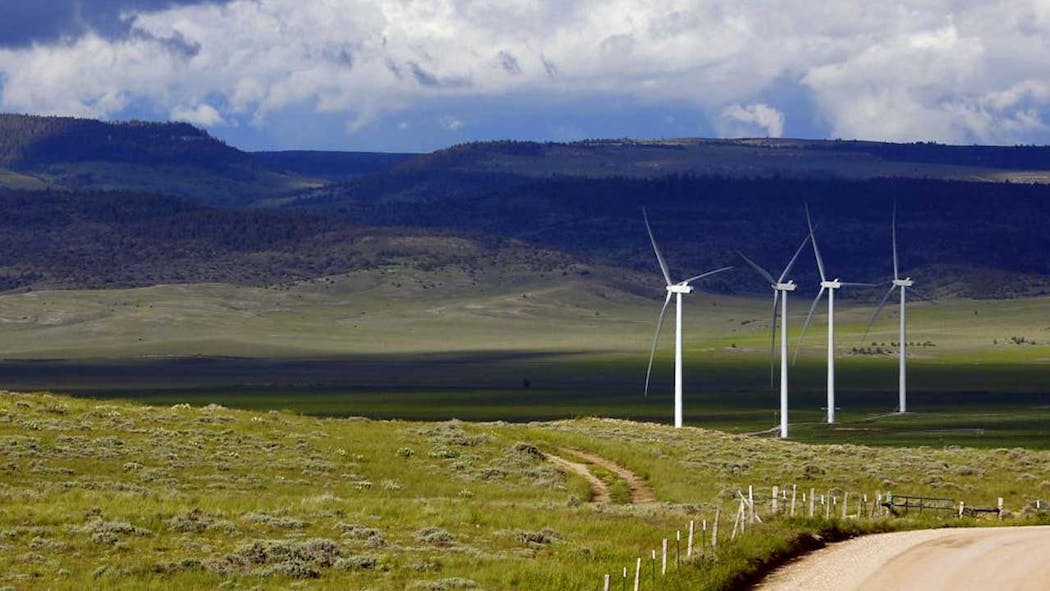 The Biden administration on Thursday proposed a new licensing scheme for wind turbines, power lines and other eagle-killing projects, amid growing concern among scientists that the rapid expansion of renewable energy in the western United States harms golden eagle populations, which are already on the brink of extinction.

It also aims to avoid any slowdown in the expansion of wind power as a low-carbon alternative to fossil fuels, which is a crucial part of President Joe Biden’s climate strategy. It follows the federal prosecution of many large utilities in recent years for killing significant numbers of eagles without permits.

The Fish and Wildlife Service program, introduced on Thursday, aims to encourage businesses to work with authorities to reduce harm to golden and bald eagles.

Since 2009, the bald eagle population has doubled to nearly 350,000 birds. There are only about 40,000 golden eagles, which require much larger territories to exist and are more prone to conflict with humans.

The new program, according to Fish and Wildlife Service Director Martha Williams, will allow “multiple routes to receiving a permit” while helping with eagle conservation, which she described as a critical obligation for the agency.

According to US Geological Survey data, the number of wind turbines in the United States has more than doubled in the past decade to about 72,000, as development encroaches on key golden eagle habitat in States such as Wyoming, Montana, California, Washington and Oregon. .

In April, a subsidiary of Florida-based utility giant NextEra Energy pleaded guilty in federal court in Wyoming to violating wildlife protection laws after its wind turbines killed more than 100 golden eagles in eight States. It was the third eagle murder conviction of a major wind company in a decade.

Federal officials decline to reveal how many eagles have been reported killed by wind farms, citing sensitive law enforcement information. According to permit data obtained by The Associated Press, 34 permits in effect last year allowed companies to ‘take’ 170 golden eagles, implying that many birds could be killed by turbines or lost due to effects on nests or habitat. According to the data, more than 200 licenses were in place to facilitate the culling of 420 bald eagles.

Companies are responsible for ensuring that at least one eagle fatality is prevented somewhere for each loss. According to federal estimates, illegal shooting is the leading cause of death among golden eagles, killing around 700 each year. Each year, more than 600 people are killed in collisions with cars, wind turbines and power lines; more than 500 people are electrocuted; and more than 400 are poisoned.

However, climate change poses a perhaps greater threat: according to an estimate by the National Audubon Society, rising temperatures are expected to reduce golden eagle breeding grounds by more than 40% later this century. “Birds are warning us that climate change is the most serious threat to their survival,” said Garry George, director of the National Audubon Society’s Clean Energy Initiative. He believes that if properly implemented, the new initiative could increase protection for eagles as renewable energy expands.