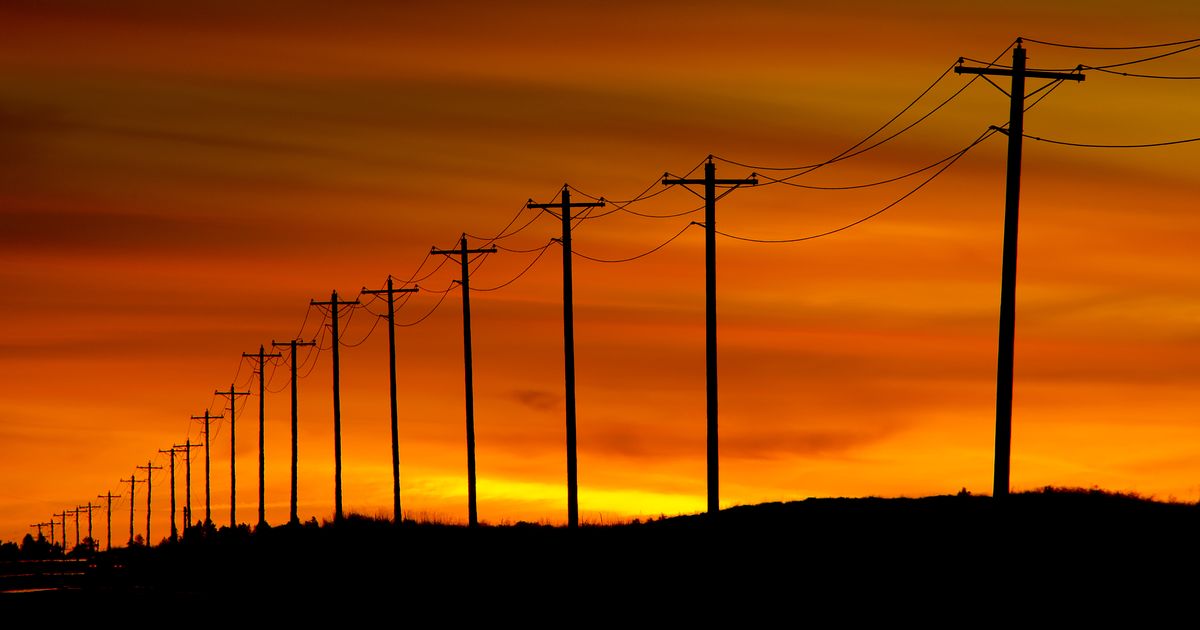 When you watch lightning zap during a thunderstorm, you know how powerful electricity is. Humans have only harnessed electricity to bring light and power to our cities and homes for about 150 years – and metal is one of the primary means by which we deliver this powerful tool of energy. one place to another.

To learn more, I spoke to my friend Bob Olsen, professor emeritus at Washington State University School of Electrical Engineering and Computer Science.

Olsen said it’s important to realize that we don’t need metal wires to move the waves that carry electricity, called electromagnetic waves. Some technologies, such as cell phones, pick up waves that are sent through the air.

But these technologies don’t work as well if you stray too far from the station sending the wave. If you’re camping in the woods, you probably won’t be able to make a call on a cell phone.

To get electricity from power stations to homes, we need to use a system that doesn’t fade. It must also be efficient, which means it can transport energy from one place to another without losing much energy.

“In this case, metal wires can be used to ‘guide’ the waves between the two locations,” Olsen said.

Metals are good conductors, which means that electricity passes through them easily. Most power lines use aluminum and copper. Copper is a bit better conductor than aluminum, but aluminum is lighter, which is important because we don’t want power lines to sag towards buildings or people.

No metal is a perfect conductor, so power lines still lose some energy in the wires as heat, Olsen said.

“Nevertheless, even long high-voltage power lines carry 90 to 95 percent of the electricity between the start and the end of the line,” he said. “We say they are quite effective.”

Engineers continue to look for ways to move electrical power even more efficiently. One of the things Olsen is studying is how to make very long power lines carry more power.

This is important as we move to new types of power plants, he said. For example, the windiest places in the United States, which are best suited for wind farms, are in the middle of the country. But most people live on coasts, so cables have to carry electricity a very long distance.

More efficient power lines are also important around the world, especially in places where people don’t have a lot of money. Millions of people have no electricity in their homes or cities. But if they get electricity, it can help them get better medical care, open businesses, get an education, or improve their lives in other ways.

If you keep asking interesting questions about electricity, you might find a way to move electricity even more efficiently and help make the world a better place for everyone.