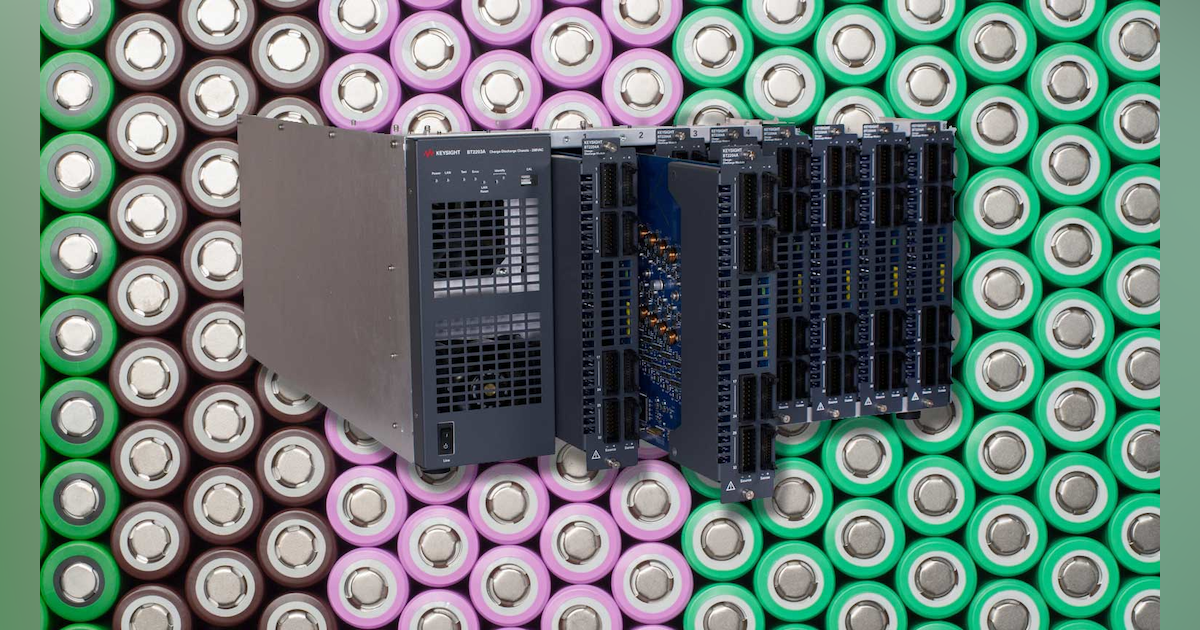 What you will learn:

Charging and discharging batteries is an energy-intensive process. During cell manufacturing, a high-volume factory can produce 1 million cells per day, creating a huge demand for electrical energy during charging and releasing most of that energy during discharge.

When characterizing cells, a life cycle test can be used to cyclically charge and discharge cells for hundreds or thousands of cycles. Consequently, it consumes electrical energy during each charging step and releases it again during the discharging step, which adds up over these large numbers of cycles. This is why regions rich in low-cost renewable energy (wind, hydroelectric, solar) are natural hotbeds for cell factories and cell development.

It is impossible to escape the need to consume electricity to charge, but what about during discharge? Historically, when cells were discharged, the excess energy was simply dissipated as heat in an electronic load or a simple battery of resistors. In this case, the discharge electric power would be 100% wasted. Worse still, the heat generated would have to be managed by a cooling system or HVAC to remove waste heat from machines, operators and test equipment.

In modern charge/discharge systems for cell formation or cell cycle, equipment manufacturers are “going green” (Fig.1). Rather than taking electrical energy from the discharge and converting it unnecessarily to heat, these new systems can regenerate themselves. They take the electrical energy from the discharge and convert it back into alternating current which can be put back on the AC line and used by other electrical consumers.

1. The Keysight BT2200 regenerative charger/discharger for cell formation or cell cycling provides up to 75% efficient regeneration when discharging 256 cells at 6A or 16 cells at 100A.

Although the process is not perfectly efficient, you can usually recover 70-90% of the electrical energy from the discharge cells. This power can be used to supply energy to the charging cycles and thus recycle the energy. If 75% efficiency is achieved, then only 25% of the energy will go to waste heat. Although this is waste, it is a significant improvement over dissipating all energy as heat.

Reducing excess heat in the test environment means HVAC systems are less stressed and can therefore be scaled smaller and operated using less energy. Additionally, less excess heat means less heat is generated inside the discharge equipment, which has the benefits of less thermal stress on the equipment, resulting in longer equipment smaller size and higher reliability. (Fig.2).

2. The flowchart illustrates the relationships between regeneration, heat reduction, benefits and savings.

Food for thought: when dissipating energy as heat, you can consider this to be 0% efficient regeneration.

How to Operate AC Regeneration

In an ideal world, an equilibrium point can be reached where all the energy needed for charging is supplied by the discharging cells. Indeed, the energy is recycled locally. Thus, no energy would flow back to the grid and the system would be energy neutral.

Since regeneration from discharging cells will be about 75% efficient, it will generally take more cells discharging than charging to reach this equilibrium point. Of course, if more cells were being charged than discharged, power would have to flow off the AC line to cover the excess power requirements of the load cells. If many more cells were discharged than charged, the excess energy would flow back into the grid.

So should we look for a balance point as the “best place” to operate? If so, does the system manager need to take active steps to maintain operation at the break-even point? My answer is no.

Consider the example of a test lab that plans to circulate a large number of cells every day. At any one time, many cells are charging and consuming AC power while many others are discharging and supplying AC power. Energy neutrality, where the system is balanced, will only occur when the correct charge and discharge ratios are achieved to maintain balance, perhaps by an intelligent supervisory software system that monitors and enforces charge ratios and discharge.

Now in this lab the system is in equilibrium and a test engineer arrives and needs to cycle one more cell on an empty channel in the cell cycler. If the first stage of the cycle is charging, this addition of the cell will increase the energy demand in the system and the balance will no longer exist. If the balance were to be maintained and enforced by the intelligent monitoring software, the system would prompt the engineer to wait for the start of a new cycle test until more discharge energy is available.

Imagine a system refusing to accept the next cell to be tested! I believe this would create a very unpleasant user experience, negatively affect productivity of lab test results, and would be a waste of the test system’s unused channel assets, which would sit idle until balance can be restored.

In manufacturing, where processes are predictable and cells will operate in continuous flow, it is possible to configure the manufacturing line to operate near the energy-neutral balance point. Cell and process variations would make it impossible to always stay at the equilibrium point, but staying close to it is doable. Forcing the system to operate at equilibrium would be like restricting the flow of materials to manipulate the ratios between charge and discharge cells. In a cell factory, manufacturing throughput is paramount and no cell producer would want to negatively impact throughput by limiting the flow of materials.

Regeneration is a highly desirable feature of charge/discharge equipment used in cell formation and cell cycling. The energy recovered when discharging the cells can more than offset the energy costs needed to charge the cells. Additional benefits come with reduced waste heat, which reduces the load on the HVAC and allows for smaller, more reliable discharge systems.

However, actively trying to balance charge and discharge will require supervisory software that ultimately limits when you can request more charge or more discharge based on ever-changing operating conditions. Additionally, most test engineers want systems that don’t limit when testing can be done.

How to Eliminate Vampire Energy Use in Your Home