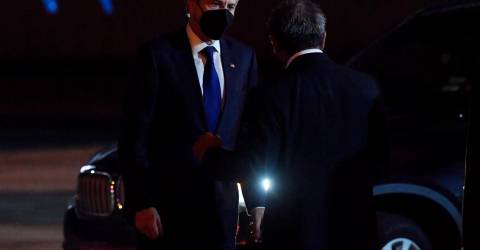 KUALA LUMPUR: US Secretary of State Antony J Blinken’s visit to Malaysia(pictures)among others, is to discuss the generation of electricity from renewable energy (RE) sources, the Dewan Rakyat said today.

He told parliament during the question and answer session in response to a follow-up question from Charles Anthony Santiago (PH-Klang) on ​​the government’s plan to boost renewable energy production.

Blinken is here for a two-day working visit to Malaysia during which he is due to attend a bilateral meeting with Foreign Minister Saifuddin Abdullah in Putrajaya before visiting the Prime Minister at the Parliament building later today .

According to Wisma Putra, the visit will provide an excellent opportunity for Malaysia and the United States to further strengthen their multifaceted cooperation and explore new joint initiatives.

Meanwhile, Takiyuddin said the government aims to reduce its dependence on coal as a source of electricity generation by setting a target of 31% renewable energy capacity in the country’s electricity supply by 2025 and by 40% by 2035.

“This goal will be achieved through the implementation and improvement of existing renewable energy programs such as feed-in tariff (FiT), net energy metering (NEM), self-consumption (SelCo) and the New Enhanced Allocation Agreement (NEDA).

“In line with the government’s objective to reduce the greenhouse gas (GHG) emissions intensity of the electricity supply sector, the government has also decided that there will be no construction of new coal-fired power plants,” he added.

Charles in his original question wanted to know the government’s immediate action or plan to stop the use of fossil fuels in power generation, boost renewable energy production and reduce carbon emissions in order to achieve the carbon neutral by 2050.-Bernama

To weather a future freeze, Texas needs to embrace a variety of energy sources