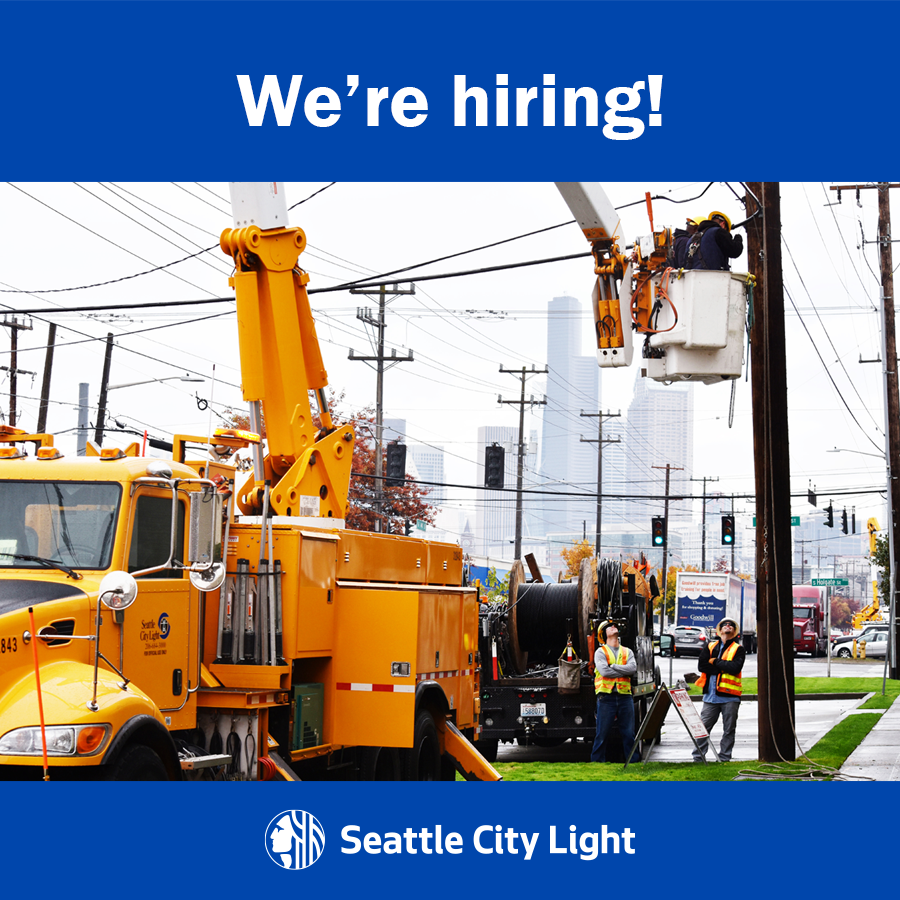 How long have you been at City Light? To come over nine years. I joined City Light in August 2013 after graduating from university.

Tell us about your role. What is your job exactly ? I am an electrical systems engineer in the Generation Electrical Engineering group. I design capital improvement projects (CIPs) to upgrade or replace equipment at City Light hydroelectric plants. I mainly focus on excitation systems, which are a subsystem of a generator responsible for building and regulating generator voltage. I also help plant crews troubleshoot issues when they arise and coordinate regulatory testing to keep City Light compliant with a few different North American Electric Reliability Corporation (NERC) standards.

Tell us about your family : I live on Capitol Hill with my husband, Troy. I come from a small family and all my parents are on the East Coast, so I never had the chance to meet them growing up. My husband’s side of the family is all in Oregon though, so now I can have the full “big family” experience that I missed as a kid. I love spending time with all of my nieces and nephews, and we recently welcomed our first grandniece into the world.

What was your first job and what did you do? I worked in a movie theater all through high school, selling tickets, picking up popcorn, running projectors, and doing lots and lots of cleaning. My favorite part was watching the new movies after hours with the other employees. Before taking a serious interest in engineering school, I worked for the local health department for several years.

What surprised you about your work at City Light? I’m still amazed at the sheer scale of dams and generators whenever I’m in the field. It’s hard to fathom how massive this stuff is until you stand next to a rotor that’s been removed for maintenance or look over the side of a dam. It’s one of the aspects of the job that motivates me about the work I do.

What is your favorite movie genre and/or favorite movie of all time? Many of my favorite films came out during my years working in the cinema. A kind of nostalgia, I suppose? I tend to enjoy animated films the most, my favorite being “Emperor’s New Groove”. “A Bug’s Life” and “Monster’s Inc” are close runners-up!

If you won the lottery, what is the first thing you would do?I would go explore the world on my motorbike. I’ve covered much of the Pacific Northwest, but there’s so much more I haven’t seen yet!

If you could live anywhere in the world, where would it be and why?Honestly, I think I would stay here! I enjoy Seattle’s proximity to the mountains and the sea, the mild climate, the arts and music scene, and its food/beer/wine scene.