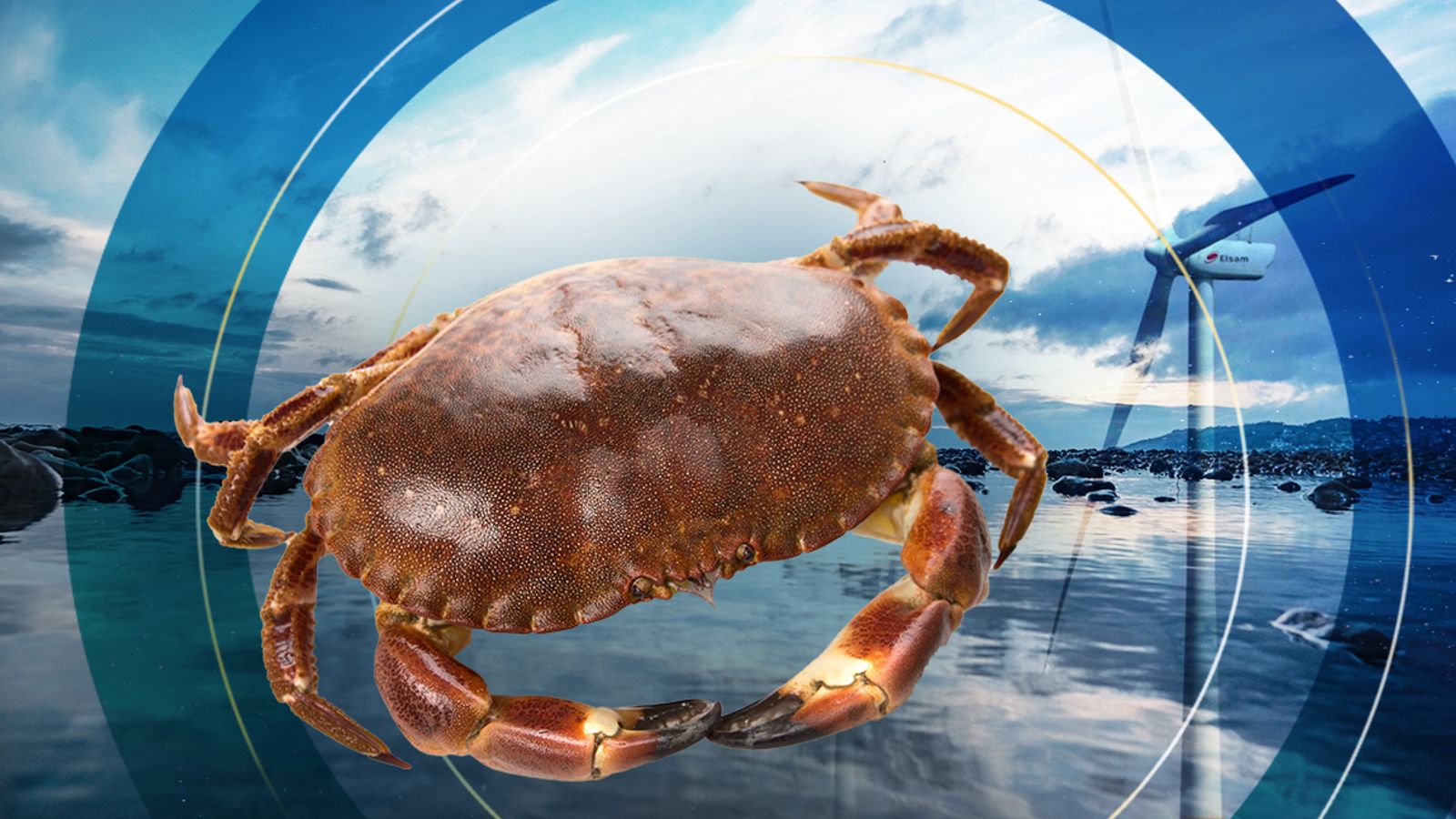 According to a study, cables emit an electromagnetic field that makes them stay still, leading to biological changes that could lead to a higher risk of infection.

Researchers are concerned about the drop in activity levels because it means the crabs spend less time foraging for food or looking for a mate.

“This could have a series of consequences, such as making them more susceptible to bacterial infections,” he said.

Offshore wind farms requiring extensive undersea wiring are being installed and planned around the Scottish coast, and researchers fear they could destabilize the country’s brown crab population if precautions are not taken.

Changes in the behavior of the species could impact fishing markets, as crabs are the UK’s second most valuable crustacean catch and the most valuable coastal catch, analysts said.

Will renewable energy heat up your home?

“If miles of undersea cables prove too difficult to resist, they will remain in place,” he said.

“This could mean we have an accumulation of male crabs in the south of Scotland, and a scarcity in the northeast and the islands, where they are hugely important to fishermen’s livelihoods and local economies.”

He suggested burying the cables in the seabed, but acknowledged that this can be expensive and would make maintenance more difficult or even impossible in some situations.

“We need to look at other technical solutions so as not to create negative effects on the environment while trying to decarbonise our energy supply,” he added.

The magnetic field attracts the crabs when it reaches a strength of 500 microteslas and above, or about 5% of the strength of a refrigerator door magnet.