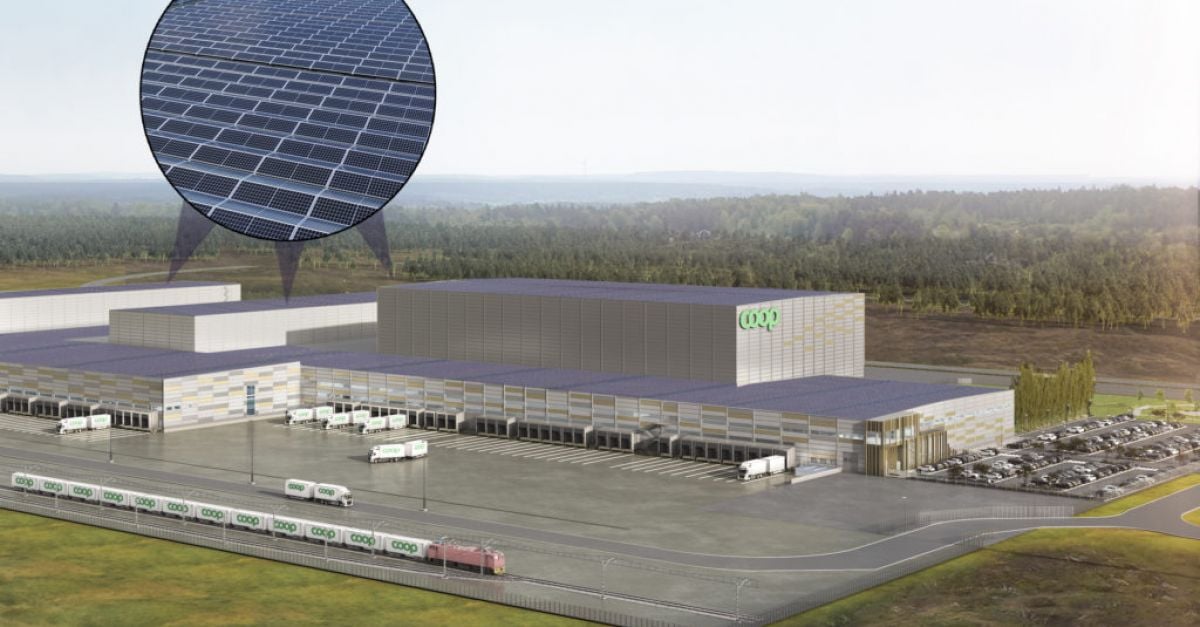 Coop Sweden will install a photovoltaic system in Eskilstuna

The system, comprising about 14,400 solar panels on an area corresponding to 38,000 square meters, will be the second largest rooftop photovoltaic power plant in the country, the retailer noted.

“This is an investment in the future for Coop and we want to act in the most sustainable way possible. Our electric Coop train will arrive at the terminal with goods several times a day and with our photovoltaic system we will be able to operate the terminal largely with electricity from the sun.

The solar panels used in the project will be CFP (carbon footprint) certified, a certification based on carbon dioxide emissions for the entire life cycle of the photovoltaic system.

The solar cells have a much smaller climate footprint compared to, for example, Chinese solar cells commonly found in the solar cell market, the retailer added.

Coop Sweden has partnered with solar energy company Soltech Energy for the project.

Mats Tornard, project manager for Coop’s new goods terminal, said: “This will be a state-of-the-art goods terminal in Eskilstuna with a high degree of automation where technology and people will interact.

“A goods terminal like this consumes a lot of electricity, especially to run the cooling system, but also for control and robotics. We are investing in the solar power plant because it is economically and environmentally sustainable, it increases our autonomy, and to secure access to renewable electricity.”

In 2020, Coop Sweden started the construction of the goods terminal in Eskilstuna. The facility is expected to be fully operational in the summer of 2024.

The retailer hopes to complete the photovoltaic power plant by early 2023.

Energy from the photovoltaic system will cover half of the facility’s electricity needs, and the rest will be purchased from renewable energy sources, the retailer noted.