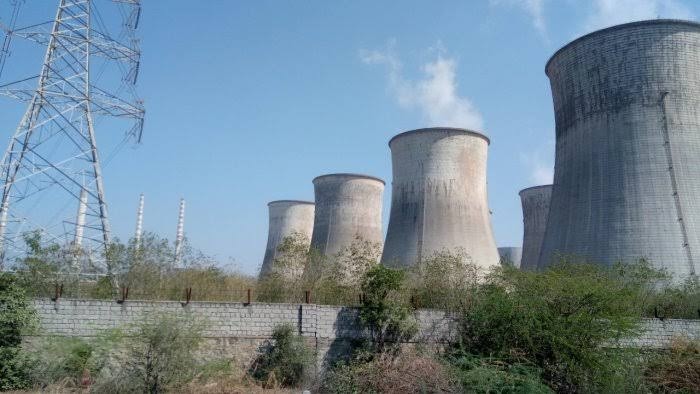 The title and conclusion of the article, “How Karnataka insulated itself from the electricity crisis that hit many states”, seems to have only arrived on the basis of what few serving officials could have said. One can expect nothing less than self-glorification from public servants in office.
A diligent, independent and holistic electrical power analysis demand-supply scenario in the state can reveal many disturbing trends, all of which must be addressed holistically.
While the state may have done better than other coal-dependent states so far this summer, can we be sure things will be good for the remaining days of this summer? Are there initiatives in place to contain the ever-increasing demand for electricity in the state?
What is the guarantee that the supply of coal will be sufficient for all coal-fired power plants in a state that does not have its own coal reserves? We have very often read reports in the media about the lack of coal supply from these coal-fired power plants. How will coal supply issues be different this year?
How can we say that the state is well placed to meet its ever-increasing demand for electricity, if we must rely on imported coal for 35% of our electricity generation capacity? Who can guarantee the quality and quantity of coal to so many coal-fired plants in the state (there are six coal-fired plants in a water-stressed state with no supply of clean coal)?
We frequently read media reports that there was a coal supply crisis across the country, almost every two months, for one reason or another. In such a scenario, a coal-free state like Karnataka cannot enjoy any preference in coal supply.
In fact, it is perhaps no exaggeration to say that there may not have been a single year in the last few decades when the Raichur coal-fired power station has not faced a coal shortage. A few months ago, the Union Department of Energy even issued an advisory asking states to import coal to meet 10-25% of coal needs.
With the predicted impacts of climate change on increased atmospheric temperature and water supply constraints, optimal operation of coal-fired power plants in the state cannot be isolated from associated threats; and can only have a negative impact.
In this wider context, and also in the context where the article itself stated that “the cost of production will go up to Rs 11 per unit due to imported coal”, how can the state guarantee that it will not be necessary to import coal even if the demand for electricity will continue to increase each year?
With the growing preference for electric vehicles (EVs), and of course, due to the continued increase in commercial and industrial activities, peak hour demand and annual demand for electric power will increase each year in the state. . We are not aware of any associated advance planning to meet such an increase in demand. Will the state continue to rely on coal power and build more coal-fired power plants?
Nor are we aware of concerted efforts to adequately increase the capacity of renewable energy (RE) sources with a primary focus on large solar power parks with massive impacts on the local people and ecology.
There should have been massive efforts to increase state-level capacity of distributed RE types, such as rooftop solar units and community bioenergy units; who are sadly absent. Governments, especially consumers, should have experienced every possible incentive to become prosumers.
According to media reports, there has been no response from the state government on who pays for the electricity associated with supplying water to all houses under the Ganga Jal scheme across the country. State. Dedicated PV systems for individual supply entities can solve the problem efficiently and perpetually.
Likewise, statewide solar-powered IP sets (even though fully subsidized by the state) will not only eliminate concerns associated with an unsatisfactory electricity supply for our farmers, but will also eliminate the need for massive annual electricity subsidies, associated financial constraints, and low voltage issues.
The Additional Chief Secretary (Energy) is quoted as saying: “The impact of renewable energy variation on the grid could best be managed by large grid-connected storage systems in the form of pumped hydro energy storage systems and battery energy storage, where about 25% to 30% of the energy can be stored”.

How can the State ensure that there will be no need to import coal even if the demand for electricity continues to increase?

While large grid-connected storage systems in the form of battery energy storage systems will be essential in the future, pumped hydro storage systems are environmentally very expensive for the state and not needed. A diligent analysis of the various associated problems, as in the case of the proposal for such a pumped hydroelectric storage system in the Sharavathy Valley LTM sanctuary, will reveal the huge associated costs to the state and suitable alternatives. Copy of letter to CM, Karnataka in this regard is attached for elaboration.
Since the state has nearly exhausted all potential hydel feeding sites, can the state count on its hope of increasing its hydel feeding capacity?
As a political leader asked a few years ago, should the state ask for additional nuclear power plants from the center, which can lead to huge capital costs, risks and concerns?
It is almost impossible to notice concerted efforts on improving energy efficiency, demand side management (DSM) and energy conservation in the state.
Unless all these issues related to electricity demand and supply in the state are diligently addressed from a strategic perspective, the state cannot take comfort in the performance of its electricity sector.
In the general context of the real long-term well-being of the state, the absence of a carefully prepared energy policy for the state for the next 20 to 30 years, similar to the deplorable absence of an energy policy national, is most disconcerting. Without such a strategic political framework, it would be futile to expect the state to insulate itself from power crises, whether in the short or long term.
Can we soon expect such a diligently prepared state energy policy objectively considering all associated state issues/concerns/forces and credible threats due to climate change, and also after effectively involving all expert stakeholder groups and domains in all decision-making processes?
It is in the true interest of the state that the state’s leading media houses focus on such a strategic approach to various issues important to the state, instead of blindly accepting unsubstantiated statements from a few officials.
—
*Energy and Climate Policy Analyst, Sagara, Karnataka