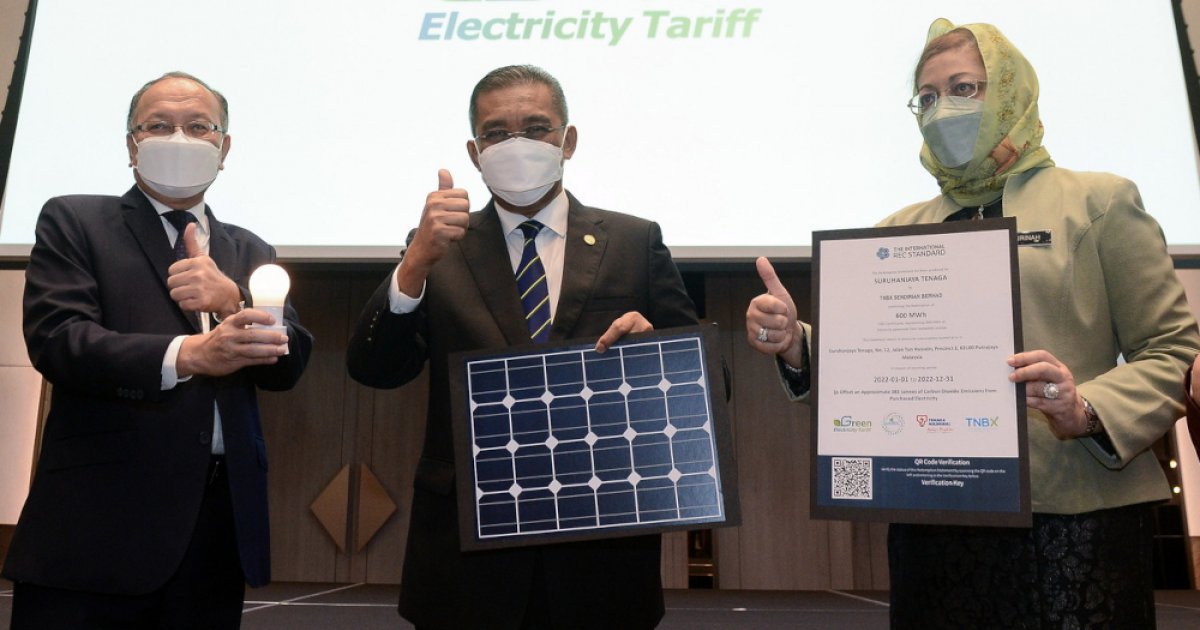 KUALA LUMPUR, November 23 — Household and industrial electricity consumers in Peninsular Malaysia can switch to renewable energy (RE) sources generated from hydro and solar power stations from January 1 next year.

The Department of Energy and Natural Resources (KeTSA) is offering green and environmentally friendly electricity supply through the Green Electricity Tariff (GET) which was launched today.

He said the amount was equivalent to the capacity that could be provided to 600,000 homes for a month-long period on the peninsula from 2022 to 2024.

“Electricity supply from renewable energy sources can be increased according to demand. GET customers will incur an additional charge of 3.7 sen for each kilowatt hour (kWh) of renewable energy purchased under the this program,” he said.

Those who subscribe to GET will receive a certificate confirming that the power supply is from a renewable energy source through Malaysia Renewable Energy Certificates (mRECs) which have been registered with an international certification body.

According to Takiyuddin, proceeds from GET’s sales will be used to support the implementation of the country’s RE program and initiatives.

He said applications for electricity supply from renewable energy sources under the GET program would be open from December 1.

Takiyuddin said the GET offer is part of the target set to be achieved by KeTSA, as part of the 100-day Aspirasi Keluarga Malaysia (Malaysian Family Aspirations) program target for the Cabinet, announced by the Prime Minister Datuk Seri Ismail Sabri Yaakob.

Along with the launch of GET, KeTSA said it is committed to subscribing to GET to supply 31% of Wisma Sumber Asli’s electricity needs, here from renewable energy sources.

Meanwhile, TNB’s Retail Director, Datuk Megat Jalaluddin Megat Hassan, said GET customers will receive their electricity bills as usual with the GET subscription amount also recorded on the bill. — Bernama