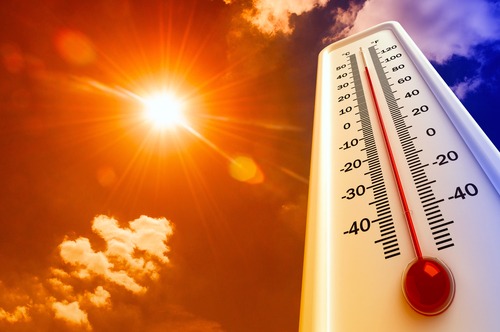 “We had a full week of very high temperatures resulting in record summer customer usage, but we had an effective plan in place and extensive pre-season preparations to reliably serve our customers throughout this season. period of warm weather,” Sam Holeman, Duke Energy, vice president of system planning and operations, said.

At the same time, Duke Energy was dealing with multiple severe thunderstorms hitting its service area. Storms that battered parts of South Carolina and North Carolina on Thursday kept Duke Energy crews and contractors busy through Friday. However, they faced an even stronger storm Friday night as explosive winds battered the service area, particularly around the Triangle region in central North Carolina. These severe storms racked up more than 100,000 outages in and around Wake and Durham counties in about an hour.

“The storms erupted quickly and brought intense straight-line winds that resulted in significant outages across the state,” said Jason Hollifield, Duke Energy’s system storm response manager for the Carolinas. “We immediately put our crews to work on the ground Friday night and over the weekend to restore outages, as well as moving thousands of workers to the hardest hit areas to assist with restorations.”

About 6,000 Duke Energy workers and contractors, including 2,000 in the Triangle area alone, worked to restore power. Overall, crews restored more than 350,000 customers within 24 hours of the storm, and restoration was complete by Sunday evening.

“Saturday’s sunshine and blue skies really masked the extent of the severe damage we were working on in some of our hardest hit areas,” Hollifield said. “We know that when temperatures are high, a breakdown can be very unpleasant for customers. Our teams have worked tirelessly to repair the damage and restore power as quickly and safely as possible for our customers. »