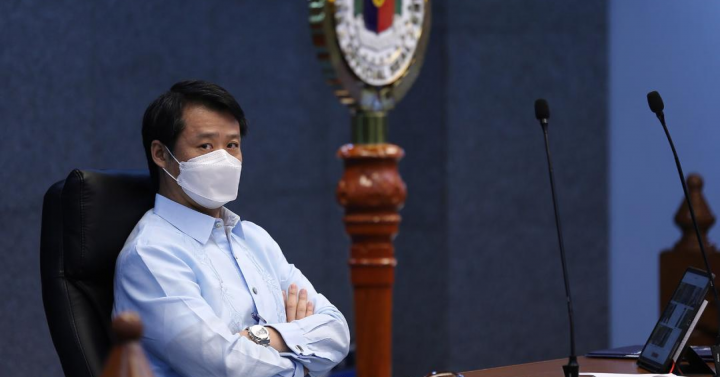 MANILA – Re-elected Senator Sherwin Gatchalian on Thursday urged electricity cooperatives (ECs) to deploy their own micro-grid system to accelerate total electrification and ensure the provision of quality, reliable and secure electricity service to reasonable fares in unserved and underserved areas.

Gatchalian, chairman of the Senate Energy Committee, drafted and sponsored the upper house version of Republic Act 11646 or the Microgrid Systems Act that was signed into law by President Rodrigo Duterte in January. latest.

The law requires the Department of Energy (DOE) to pave the way for private sector entry accredited as Microgrid Service Providers (MSPs), as they will not be required to obtain waivers from distribution services in place.

“Maganda ho itong batas na ito (This law is good) and I must give credit to the four members of Congress representing the ECs because they really made sure that the provisions of the law will allow the ECs to deploy their own microgrid systems and take advantage of the subsidies he said during a virtual dialogue with the EC.

Gatchalian admitted that microgrids need some level of subsidies as these are quite expensive for consumers at the moment.

“Electric cooperatives can participate in the deployment of micro-grids throughout the country and be allowed to receive subsidies. This is a law that electric cooperatives can participate in. ditto sa batas na ito (In this law) we give preference to renewable energies because when we say microgrid, it must be autonomous. Hindi siya nakakabit sa mainnet (It is not attached to the mainnet). So one of the ways to decentralize it is to use renewable energy which also depends on the areas,” he explained.

During the dialogue, Mary Ann Gertos Santos, Board Member of the Davao Oriental Electric Cooperative (DORECO), discussed Circular Memorandum 2022-12 issued by the National Electrification Administration (NEA) which limits the possibility of creating a joint venture to only Triple-A rated CEs.

“In our case, nasa Double A pokami (we are under Double A). We already have 14 identified contacts, all renewable. If we are prevented from doing so because we are Double-A, can we have some sort of consideration? Or is there a chance that this memorandum will be inclusive?” she said.

The memorandum provides that all EC investments from the internal production fund / general treasury fund, proceeds from loans and the use of existing real estate and infrastructure will only be allowed for green and classified as Triple- A for three consecutive years.

Gatchalian pledged to review the circular and determine the logic why it is limited to Triple-A ECs only.

“In principle, utilities, including ECs, should be encouraged to embrace renewable energy and use any arrangement possible as long as our member-consumer-owners are protected,” he said.

“Let the cooperatives manage themselves,” he said. (NAP)