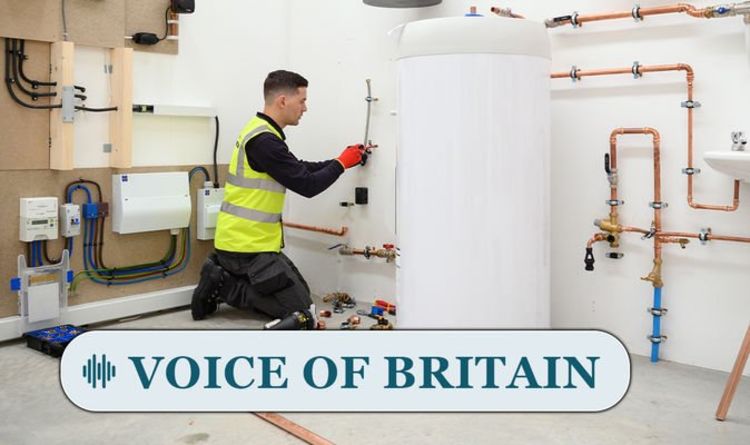 The energy study also suggested that hydrogen boilers “will never be a cost-effective option”. According to Bloomberg, the average annual running cost of a heat pump is £743, compared to £2,784 for a hydrogen boiler.

The government has introduced a landmark green scheme to provide families with a £5,000 grant to buy electric heat pumps for their homes.

But, in a December 24-30 poll of 5,605 Express.co.uk readers, 90% of voters said they would not buy a heat pump in the next five years, while 6% said they would, and four percent were undecided.

Many readers disagreed with the research produced by the European Consumers Organization and insisted that heat pumps are a poor source of energy.

Voters argued that the cost of running a heat pump can vary from country to country, depending on weather conditions.

Heating company Viessman says heat pumps aren’t as efficient in cold weather as they would be in milder conditions because it takes more electricity to remove heat from the air, which can lead to reduced efficiency.

However, Viessman says this problem mainly affects households in extremely cold conditions like in Canada and Sweden.

Even in UK winters there is ambient heat available which can be used by air source heat pumps.

Boris has yet to conquer the nation with his heat pump plan (Image: Getty)

Express.co.uk reader Alan Wolf said: ‘I’ve been in the industry for years and installed heat pumps years ago.

“It’s old technology, inefficient and takes up a huge amount of space.

According to eco-experts, around 14% of greenhouse gas emissions in the UK come from homes, mainly from gas boilers.

Traditional gas boilers will be banned from being installed in newly built homes by 2025.

The ban on gas boilers will only apply to new builds as good insulation is needed to ensure heat from green energy sources is retained.

READ MORE: Biden comes to the rescue of the EU and drives down gas prices

When asked if they supported the ban, 84% of Express.co.uk readers said no, 12% said yes and 4% were undecided.

Ecotricity launched a campaign with the Daily Express to save gas boilers.

Ecotricity founder Dale Vince claims the UK can heat its homes faster and cheaper using green gas – made from grass.

“It’s a bold proposal, designed to tackle the climate crisis – and it would be a big step towards zero carbon as a country, ending the use of fossil gas in our homes. But it just doesn’t make sense. .

“The idea is that everyone has a device called a heat pump. It’s a green technology, I should be in favor of it, right? But I am not.

He added: “We can conserve our gas boilers while eliminating carbon emissions from home heating and we can do it faster, cheaper, simpler and with less hassle or waste – than using pumps. in heat.

“All we have to do is change the gas we use – replace fossil gas with green gas.

Mr Vince continued: ‘Ecotricity has pioneered a new way of making green gas – using grass, something Britain has in abundance.

“The total cost of a national green gas program is only £30 billion. One tenth the price of a heat pump program. With zero percent hassle, upset and waste. »

What is your position on green energy? Have your say in the comments section below.

Stay up to date with Brexit, SNP and Number 10 news by signing up to the free political newsletter here.