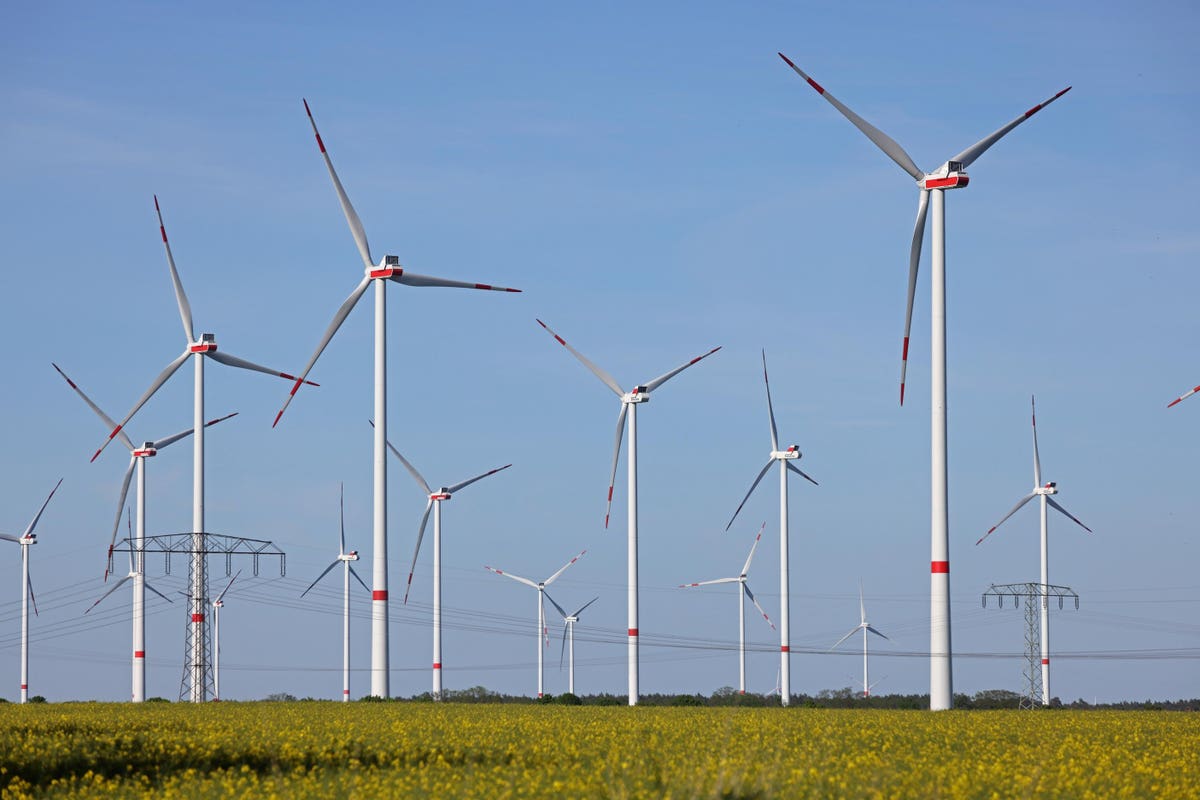 Germany wants to hasten its way away from Russian gas and is trying to make quick decisions on national security fuel sources to do so.

It also hopes to chart a course that will allow it to honor its environmental commitments, through a rapid expansion of renewable energy and increased imports of natural gas from more environmentally friendly sources.

It will be a difficult balancing act, involving billion-dollar construction projects that normally take years to plan, permit and build, with the coming winter just months away.

The first action item in its plan is a rapid expansion of its renewable assets.

And although these goals may seem ambitious, Germany already has a good start.

It currently generates a little more than 40% of its electricity from renewable energy. Its renewable resources represent about half of what the United States produces and account for 8% of global renewable production. Renewables also account for around 7% of transport and 16% of heating and cooling demand, or around 20% of its overall electricity consumption.

It has demonstrated that it knows how to move quickly, having quadrupled its production of renewable energy over the past ten years.

This is especially true for Germany’s onshore and offshore wind assets. At the start of the last decade, Germany had one of the the highest annual renewable growth rates due to its rapid construction of wind projects, nearly 10% per year. However, this growth has slowed considerably over the past five years, as local communities have resisted further projects with more local restrictions on wind turbines.

At the same time, a massive expansion of renewables would still force Germany to replace a simultaneous reduction of its three current sources of baseload electricity: natural gas, coal and nuclear. Baseload power has traditionally been used to ensure the reliability of a grid, helping to ensure that the lights stay on and the grid remains stable, even if variable wind and solar fail. 25% reduction in wind power in Germany the first half of 2021 is a good example of the shortfalls one might reasonably expect base power to cover.

There are other ways to potentially replace baseload power – some argue that energy flexibility provides that same stability, through creative use of smart grid technologies, gas peaking plants, batteries, power management demand and regional exchanges. Yet these new approaches would still need to be designed and tested and, in the case of batteries, rely on technology that is still maturing.

There is a tendency to downplay the challenge of solving the baseload problem when it comes to renewables: this can be seen in a 10-point plan recently published by the European International Energy Agency. energy. This plan was designed to reduce Europe’s dependence on Russian natural gas by more than a third in one year. The plan assumes that renewable resources will be enough to fill the energy gap left by the missing Russian gas. However, it does not explain how the necessary additional renewable energy accumulation will take place, nor how system reliability will be achieved.

One thing is clear, Germany says it won’t be nuclear.

There are still three nuclear power plants in operation, but officials have already said there are no plans to extend the life of these plants to compensate for lost Russian gas.

Germany also hopes not to backtrack on steps it has taken to reduce its use of coal, but said in late March it was consider extending its elimination deadlines. Before the war he had established both legislation and specific closure deadlines for its mines and factories, with compensation for those affected in the industry.

The other big challenge is the time and investment required for the German grid to be able to handle the increase in renewable energy. When a high concentration of wind assets were built in West Texas, for example, it took an additional $8 billion and several years to build the high-voltage power lines needed to move electricity long distances. distances to demand centers.

Added to the list of Germany’s energy dilemmas is the consideration of its economy.

the the importance of the German industrial sector cannot be underestimated: it pulls the German economy, which pulls the European economy. And the constraints on the power that manages that would have a global impact.

The second challenge relates to the already high electricity prices in Germany. In January 2022, German manufacturers paid 25% more for electricity than the year before, a hint of how the sector is already paying the cost of war.

And that follows a year that had already set a new precedent for high electricity prices.

A switch to 100% renewables for electricity will likely make all of this much more expensive.

A full-fledged green energy transition is estimated at more than 5 trillion dollars in the coming years. A significant portion of this cost comes from the high voltage lines needed for renewable energy. It is particularly important for Germany to build these lines, because its main renewable resource, wind, comes from northern Germany, while its demand is concentrated in urban cities in the south.

And then there will be the mission to sell to the public that the sacrifice is worth it.

Germany had funded part of the costs associated with its renewable energy expansion through a surcharge paid by consumers with his electricity bill. It was not popular, leaving Germans with some of the highest electricity bills in Europe. The government is now saying that it will remove the surtax.

It’s a help, but still leaves Germany with some of the the highest electricity prices in the worlda factor in the International Monetary Fund’s decision to lower the country’s economic growth forecast last year.

The German Bundesbank got even darker, taking into account the cost of war and the resulting supply chain bottlenecks. Selling the costs of a rapid increase in renewable energy on top of a possible recession will be even more difficult.

Overall, it’s understandable that Germany found itself in the bed of Putin and its cheap gas resources, even as its autocratic tendencies became harder and harder to ignore.

Getting out of that bed and getting your feet out of the door will take a lot more than just a quick accumulation of assets. It’s going to take time, resources, and most likely, an ability to choose wisely between the least worst of your options.

Emily Pickrell is a veteran energy journalist, with over 12 years of experience covering everything from oil fields to industrial water policy to Mexico’s latest climate change laws. Emily has reported on energy issues in the US, Mexico and the UK. Prior to journalism, Emily worked as a policy analyst for the US Government Accountability Office and as an auditor for the international aid organization CARE.

UH Energy is the University of Houston’s center for energy technology education, research, and incubation, working to shape the energy future and forge new business approaches in the energy sector.