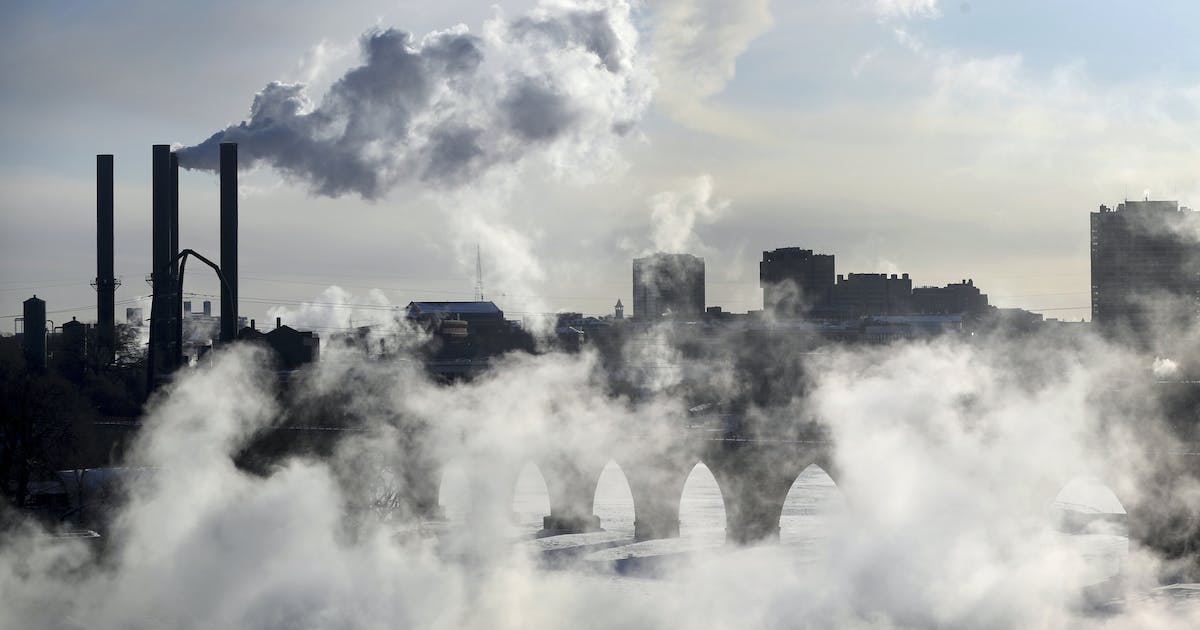 The biting cold this week had the potential to be deadly. But thanks to reliable forms of energy like coal, natural gas, and nuclear power, that was not the case.

Lawmakers considering doubling Minnesota’s renewable energy mandate to 50% by 2030 should use this week’s weather to reconsider their plans to rely so heavily on wind and solar.

On Wednesday, when the morning temperature in the Twin Cities was negative 24 degrees, wind power provided only 4% of electricity and used only 24% of its installed capacity in a region monitored by the Midcontinent Independent Systems Operator (MISO), a non-profit organization that provides reliable, low-cost electricity delivery to all or part of 15 US states, including Minnesota.

Meanwhile, coal-fired power plants supplied 45% of MISO’s electricity and nuclear 13% – most of it coming from the Prairie Island and Monticello nuclear plants in Minnesota (which we should keep open, by the way ). Natural gas supplied 26% of our electricity consumption at the time, and the rest was imported from Canada and other American states.

Natural gas also heated the homes of about 66% of Minnesotans this week, by far the most of any home heating fuel, but there wasn’t enough gas to combat freezing temperatures.

Due to the extreme cold, Xcel Energy urged its natural gas customers in Becker, Big Lake, Chisago City, Lindstrom, Princeton and Isanti to reduce their thermostat settings, first to 60 degrees, then to 63, until through Thursday morning to conserve enough natural gas to avoid widespread shortages as temperatures remained 14 below freezing. Some Xcel customers in the Princeton area have lost gas service and Xcel has booked rooms for them at nearby hotels.

This week’s urgent notice from Xcel to conserve natural gas shows that there is a real danger in putting all our eggs in the renewables and natural gas basket. At a minimum, pursuing a grid powered entirely by solar, wind, and natural gas would require more pipeline capacity, which factions currently contesting the Line 3 pipeline replacement will likely oppose. .

For fear of being accused of unfairness, it is true that a number of unforeseen circumstances could prevent a coal, nuclear or natural gas plant from operating during a cold snap like this. But the key word is “unforeseen”. Intermittency of wind and solar is a feature, not a bug, which is why Minnesota lawmakers should reconsider the wisdom of enacting a mandate requiring 50% of our electricity to come from intermittent renewable sources.

If Minnesota lawmakers are sincere in their belief that we must reduce carbon dioxide emissions as soon as possible, they should lift Minnesota’s ban on new nuclear power plants, which has been in place since 1994.

Not only would nuclear power plants be essentially guaranteed to operate in minus 24 degrees, but an upcoming American Experiment study found that new nuclear power plants could not only achieve lower emissions by 2030, but also save 22 .3 billion in Minnesota. until 2050.

Minnesota can show real leadership and provide reliable, affordable, and safe electricity by legalizing new nuclear power, not doubling down on Minnesota’s reliance on intermittent renewable power (and natural gas).

Isaac Orr is a policy researcher at the Center of the American Experiment.