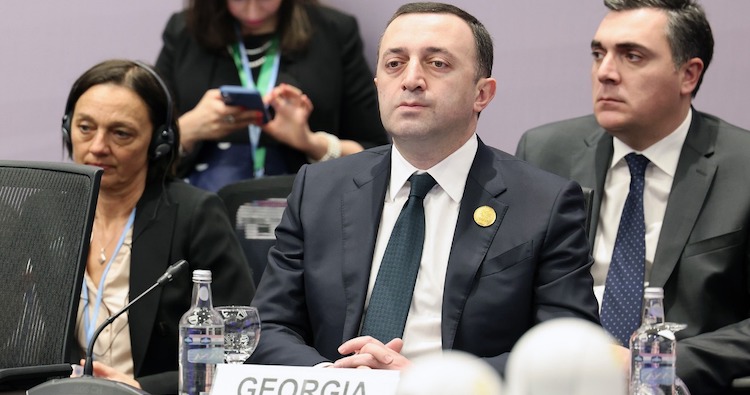 The government administration said the Prime Minister told the panel, titled Investing in the Future of Energy: Green Hydrogen, that the current energy crisis had “clearly shown” the importance of diversifying sources of hydrogen. energy.

Glad to participate in the high-level roundtable as part of @COP27P Summit. Held informative talks on the importance of clean energy consumption. Ending dependence on fossil fuels and investing in alternative energy is key to mitigating the effects of climate change. pic.twitter.com/DzvuU6esNm

He also quoted Garibashvili as saying that the “existing geopolitical context” of European states seeking alternative energy sources and supply directions in the wake of the conflict in Ukraine had made “Georgia’s key strategic location even more visible”.

Georgia can play an important role in diversifying transport routes and securing Europe’s energy supply. To this end, work is underway on the idea of ​​laying an undersea electric cable linking Georgia and Europe in the Black Sea. This strategic project involves the creation of renewable green energy transit opportunities between the European Union and the South Caucasus region,” said Garibashvili.

The Prime Minister also noted that the joint efforts of the countries involved in the conference would help implement “historic changes”, secure the energy future and bring about “long-term positive changes” against climate change. .