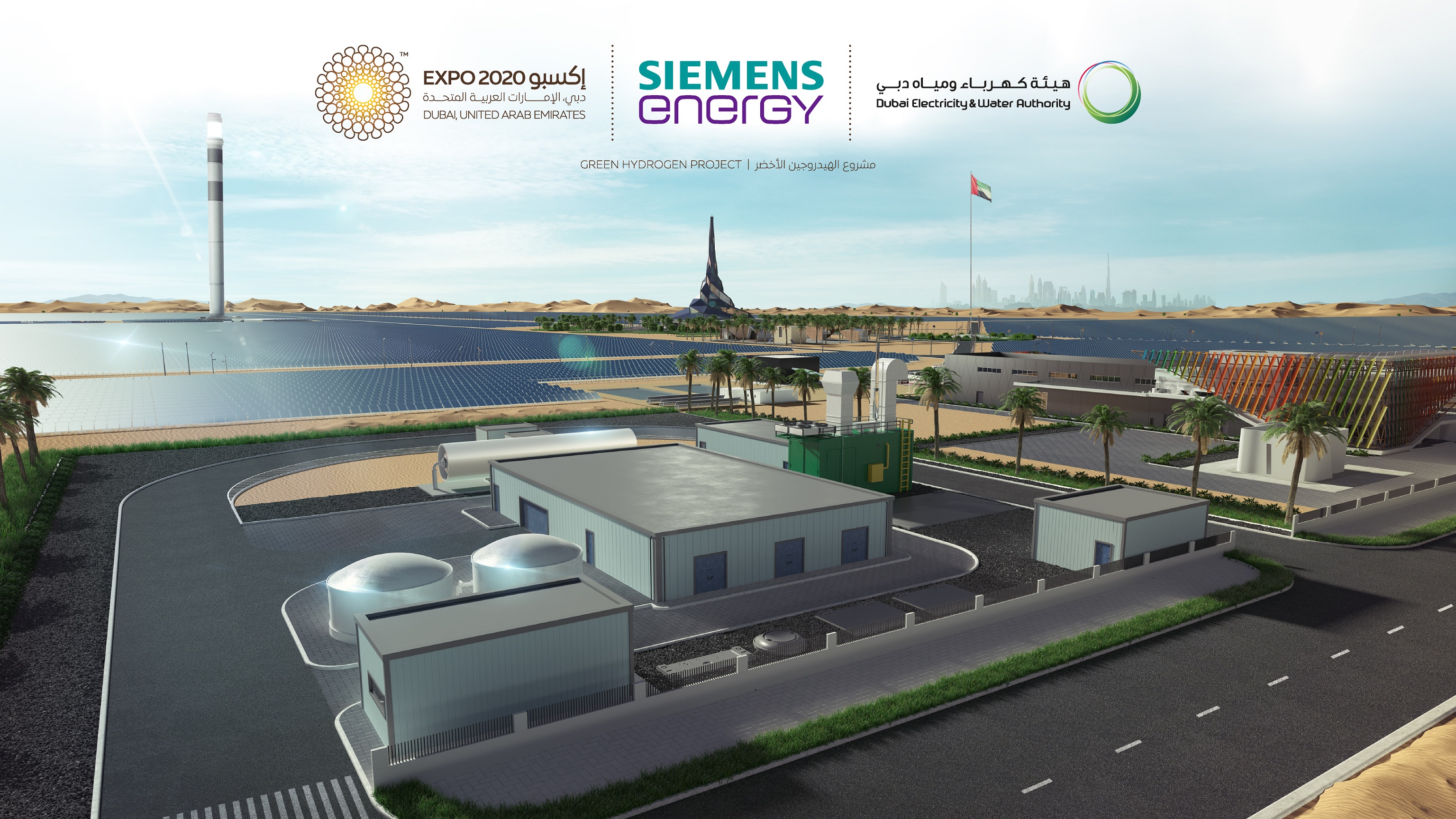 The world today is experiencing a growing demand for investment in clean and renewable energy sources, which will change the global energy scene over the next few years using environmentally friendly and relatively inexpensive energy sources. . In line with this global trend, the use of green hydrogen for power generation and development support in several vital sectors is increasing. Studies show that the production of green hydrogen will increase by 57% per year to reach 5.7 million tonnes in 2030.

The Green Hydrogen project, implemented by DEWA, ​​in collaboration with Expo 2020 Dubai and Siemens Energy at the Mohammed bin Rashid Al Maktoum Solar Park, is the first of its kind in the Middle East and North Africa to produce hydrogen. hydrogen from solar energy. The pilot plant, which covers 10,000 square meters, was designed and built to accommodate future applications and test facilities for different uses of hydrogen, including power generation and transportation.

Green hydrogen is produced by electrolysis from renewable energy sources. This technology makes it possible to store large amounts of energy for long periods of time. Hydrogen can be used for re-electrification via gas engines, gas turbines and fuel cells. It can also be used as a raw material for the chemical industry (ammonia, synthetic fuels, green chemicals, etc.), as a transport fuel, as a reducing agent for the steel industry, to produce heat for industrial processes, as gas for residential heating. and for culinary purposes, as well as energy for export.

HE Saeed Mohammed Al Tayer, MD and CEO of DEWA, ​​said that green hydrogen is an environmentally friendly source of energy and represents one of the pillars of a sustainable future to accelerate the transition to carbon neutrality. This supports the Dubai Clean Energy Strategy 2050 and the Dubai Strategy for Net Zero Carbon Emissions 2050 to deliver 100% of power generation capacity from clean energy sources by 2050 .

“The Green Hydrogen project aligns with Dubai’s commitment to sustainability and its unwavering support for energy and climate change issues. He also supports the vision and directives of His Highness Sheikh Mohammed bin Rashid Al Maktoum, Vice President and Prime Minister of the United Arab Emirates and Ruler of Dubai, to make Dubai a carbon neutral economy by 2050, as well as DEWA’s strategy to diversify energy. and increase investment by supporting innovation and research and development in energy storage technologies, including green hydrogen. This includes green hydrogen, which some describe as the “fuel of the future” and which will play an important role in the global energy mix and in the fight against global warming”, added Al Tayer.

Al Tayer said DEWA had invited world-renowned consultancy firms to submit bids to develop an ambitious green hydrogen production strategy. The objectives are to develop the green mobility sector and reduce carbon emissions from various industries, as well as to generate electrical and thermal energy, produce water and other applications.

Waleed Bin Salman, Executive Vice President of Business Development and Excellence at DEWA, ​​said the Green Hydrogen project at the Mohammed bin Rashid Al Maktoum Solar Park has been designed to the highest safety standards. It also complies with DEWA standards and European and international laws. Siemens Energy, DEWA’s partner in this project, has extensive experience in the design and implementation of advanced systems that meet the highest safety standards and support the development of operations and the safe maintenance of the plant.

DEWA, ​​in partnership with Emirates National Oil Company (ENOC), is studying the construction of a hydrogen fueling station. This will help achieve the goals of the Dubai Green Mobility Strategy 2030 to encourage the use of sustainable transport, as well as the UAE’s hydrogen vehicle system, which aims to develop the hydrogen economy in the UAE and open local markets to hydrogen vehicles.

The global market for electrical power distribution systems for aircraft is booming with Thales, Nord Micro, Crane Aerospace and Electronics