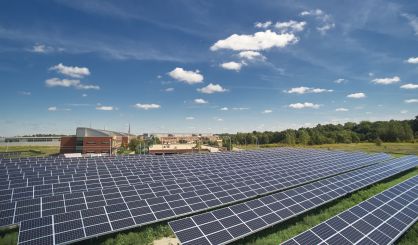 I&M expands the use of clean energy sources

The latest integrated resource plan was released by Indiana Michigan Power. Spokeswoman Tracy Warner told WSJM News that under state law, I&M must release a plan covering the next few years every five years. This latest plan includes a commitment to quadruple the use of wind and solar energy by I&M by 2028.

“One of the things driving this is that I&M’s coal-fired Rockport plant in southern Indiana will be retired by the end of 2028, and I&M obviously needs to have the resources and the generation to offset that. “Warner said.

Warner says I&M is looking to add 2,100 megawatts of wind and solar power generation by 2028. That’s almost as much power as that generated by Cook’s plant. Warner says there are multiple benefits to using clean energy.

“One thing about wind and solar power is that there are no fuel costs, so we know it will be an affordable way to generate electricity.”

Another benefit, according to Warner, is that relying on renewable energy in the home reduces vulnerability to future events that could affect energy supply. I&M is now researching where to install these wind and solar farms and will announce more in the coming years.

“Work in progress to use alternative energy sources”