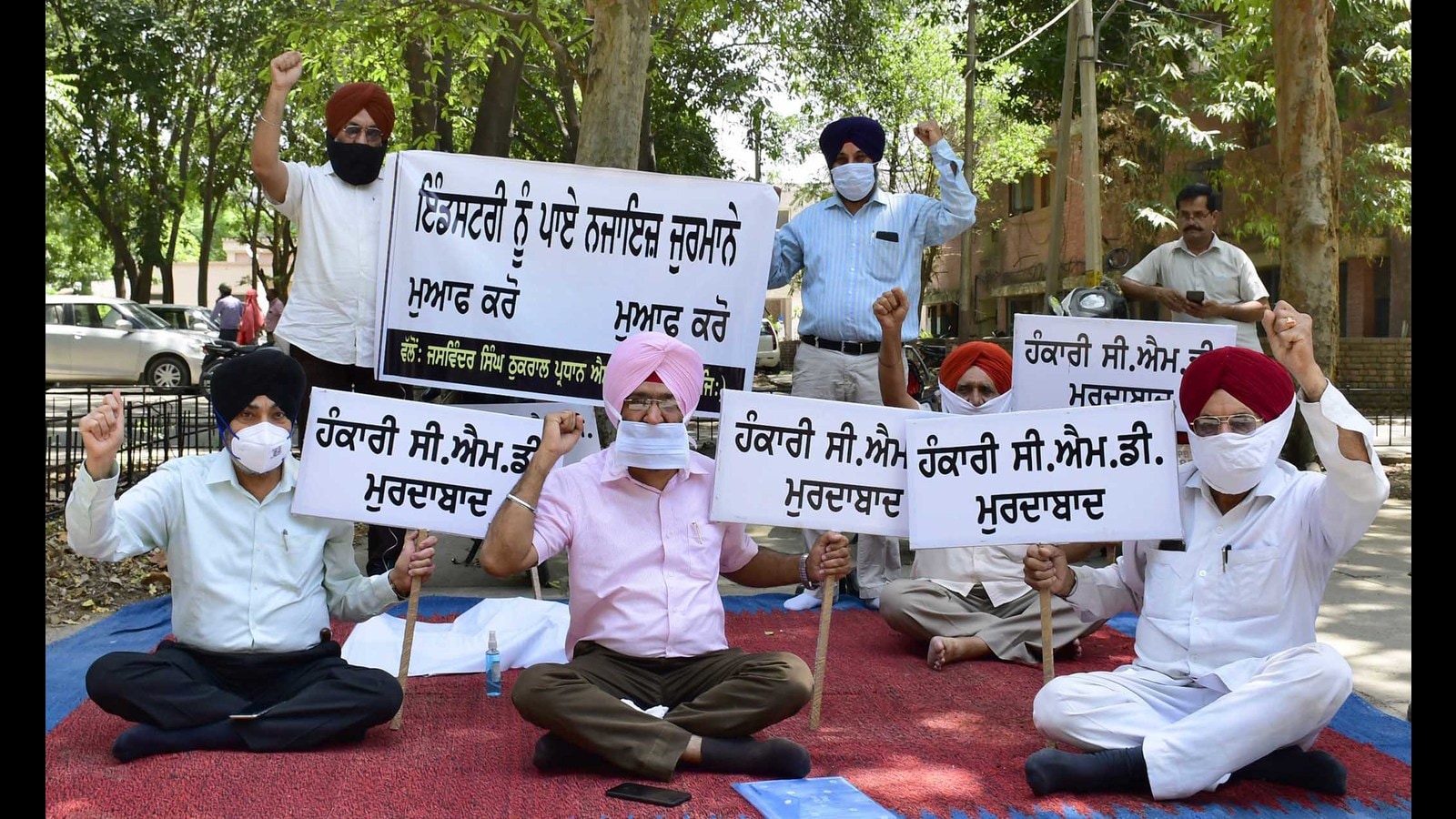 Businessmen in the city staged a protest outside the Punjab State Power Corporation Limited (PSPCL) office at Ferozepur Road on Tuesday against heavy penalties imposed on several businessmen over the past year for using more charge in their factories than the permitted charge.

Five seated businessmen shouted slogans against company officials and demanded that the sanctions be reversed. They said that many of them received electricity bills to the tune of ₹5 to 15 lakh for the whole year.

They added that they were already facing losses due to the Covid-19 pandemic and even the president of the PSPCL refused to speak to them.

Jaswinder Thakrul, president of the Janta Nagar Small Scale Manufacturers Association, said: “We were forced to sit in protest after the president of the PSPCL refused to speak to us. For 15 months, the industry has been facing a crisis due to the pandemic and now the PSPCL has imposed sanctions worth thousands of euros on a large number of businessmen. If the decision is not reversed, then we will manage the PSPCL office in Patiala.

DS Chawla, President of the United Cycle and Parts Manufacturing Association (UCPMA), said, “We have been operating our factories for 24 hours to support the state government, create jobs and generate income. The PSPCL imposed sanctions on many businessmen for using more filler than the sanctioned filler for the entire year. Many of them have been charged with unauthorized use of electricity (UUE), which is not correct. Instead of charging penalties for how long they used electricity, the authorities imposed charges for 12 months, which is not justified.

HT daily capsule: Dissect the best stories of the day with big questions, numbers and quizzes.

Successfully subscribed to the newsletter

Thank you for subscribing to our Daily news capsule newsletter.