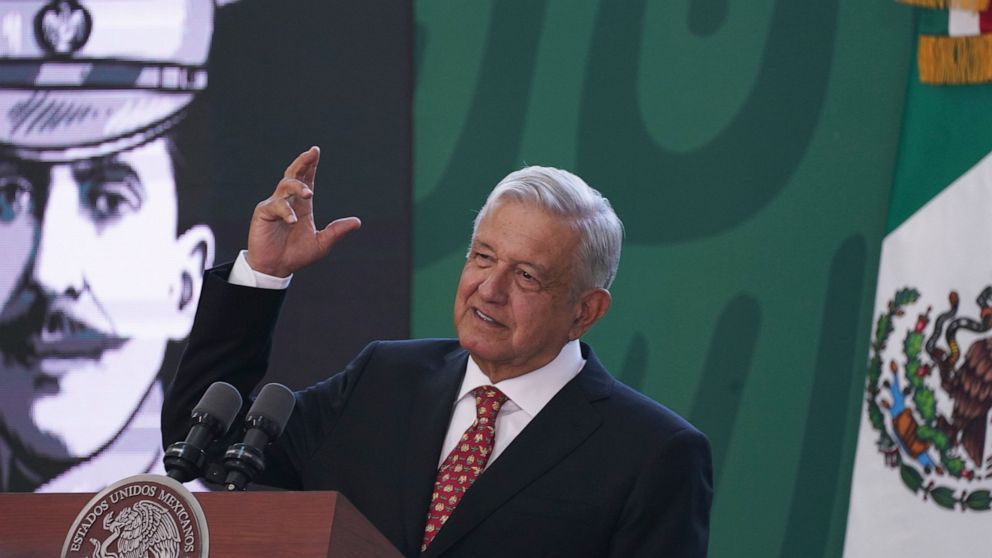 Mexico, US meet amid power dispute

MEXICO CITY — Mexican and U.S. officials met Thursday amid disagreements over an electric power reform that aims to limit renewable power plants built overseas and give the company a majority market share. of Mexican public electricity.

President Andrés Manuel López Obrador met with US climate envoy John Kerry, but the Mexican leader appeared unwilling to budge on the proposal, which is currently stalled in Mexico’s Congress.

“I think it was a friendly, necessary and beneficial reunion,” López Obrador wrote in his social media accounts.

Although he did not address the differences, López Obrador appeared to offer foreign companies a chance to invest in a program to build natural gas liquefaction plants in southern Mexico, to export LNG, presumably to Europe or Asia.

Mexico has to import gas – it doesn’t produce enough to meet its own needs, let alone for export – so the program would involve pumping US natural gas to ports in southern Mexico, cooling it and liquefy it and load it on board ships.

“There are many investment opportunities,” López Obrador said before meeting Kerry. “We have an excess of gas due to purchases made through the gas pipelines” which transport American gas. “We have land, we have seaports in Salina Cruz, Coatzacoalcos.”

López Obrador pledged to pursue changes in the electricity industry, despite US fears of closing markets, stifling competition and possibly violating the US Free Trade Pact. States, Mexico and Canada.

On Thursday, US Trade Representative Katherine Tai told US senators that she was “deeply concerned about the legislative and regulatory developments in the Mexican energy industry that we have seen in recent months. My team and I at the USTR, along with much of the US government, have expressed these concerns regularly and directly to our counterparts in the Mexican government.

The Mexican changes would favor a national company – the Federal Electricity Commission – owned by the state – over foreign power producers, which is prohibited under the free trade pact between the United States, the Mexico and Canada.

“I have informed Mexico and assure you that we at the USTR are reviewing all options available within the USMCA to resolve these issues,” Tai said, “so that the USMCA can work to our stakeholders and protect our environment in all three countries.”

Senator Ron Wyden, a Democrat from Oregon, said Mexico “is considering laws to concentrate market power and regulatory authority in the hands of the state-owned electric company. This outcome will mean a greater focus on fossil fuels with limited opportunities for clean energy providers.

“So Mexico’s new reforms are a punch or two against environmental progress in America,” Wyden said. “Not only are they a setback in the fight against the climate crisis, but they are depriving American companies in the Pacific Northwest, for example, of a just jolt in the Mexican market.”

After meeting in February, Kerry expressed “significant concerns” about the bill, but López Obrador said the proposed changes “do not affect the treaty in any way”.

Business America has complained bitterly about the proposed constitutional changes in October. They are still stuck in the Mexican Congress, where they need a two-thirds majority that López Obrador has not yet been able to muster.

Many US companies operating in Mexico have themselves invested in cleaner power plants or are dependent on the cheaper power they produce.

But López Obrador’s fondness for fossil fuels is also an underlying issue. He often becomes nostalgic for his youth in the oil-rich state of Tabasco, and spurred investment in oil refineries. These refineries often produce dirty fuel oil as a by-product, and it must be burned in government power plants because few other buyers want more of it.

The bill submitted in October would cancel contracts under which 34 private power plants sell electricity to the national grid. The plan would also declare “illegal” 239 additional private power plants that sell power directly to corporate customers in Mexico. Almost all of these power plants run on renewable energy sources or natural gas.

It puts private natural gas plants almost last – ahead of government-only coal plants – for the right to sell electricity to the grid, despite the fact that they generate about 24% less electricity. Dear.