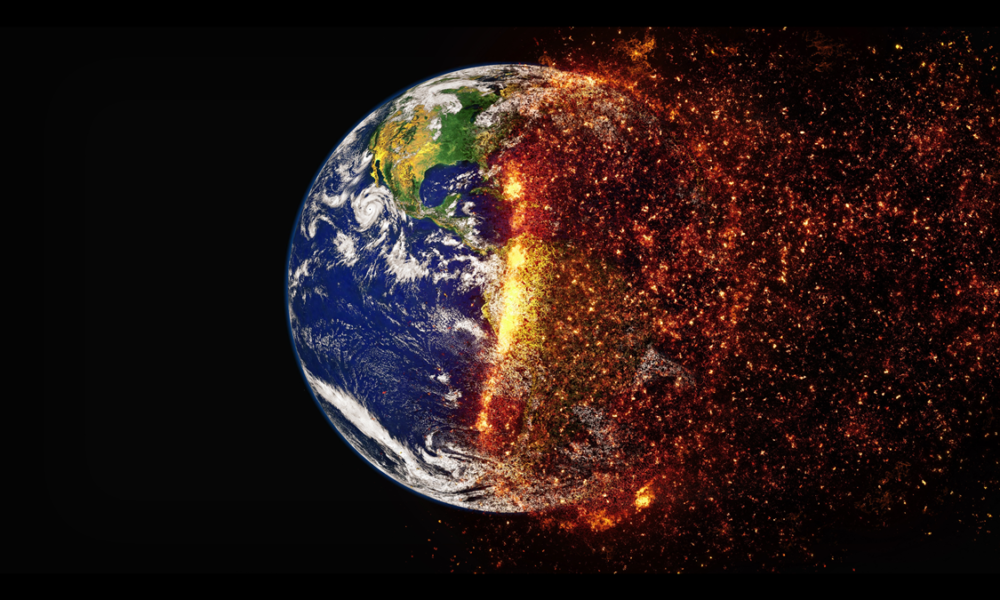 no, it’s not a misprint – Lynxotic

Attitude matters. Imagine that as the 20xx Olympics approach, your country declares: We will strive not to lose and achieve net zero gold medals!

OK maybe not the best metaphor but still – why aim at not trigger Armageddon by… 2050?

Once this lofty non-goal was agreed upon by governments around the world, it quickly became apparent that virtually none of them were doing nearly what it would take to achieve said uninspired non-goal.

The idea was (and still is) to hang around and underperform for as long as politically possible, then suddenly, in the home stretch, to ramp up the effort (with resources controlled by future politicians) and achieve net zero. And then declare victory.

People want more than net zero. People need more than net-zero. At the very least, there has to be a better name and a serious plan to actually make this happen.

You will soon hear a lot about zero carbon. The reason is good. When the stakes are as high as the extinction of all life on earth, simply getting a tie score is not a good plan. So those in the trenches, working on solutions for global warming and reducing the carbon footprint, are also looking for better ways to communicate what the goal is and what it means.

This, hopefully, can lead to a focus on a goal, or at least the articulation of a desire, which can inspire people to become very active, even restless, perhaps even alarmed, and begin labor. hard work and effort it will take to achieve a positive bottom line for all of us.

And, who exactly decided it would be a good idea to extend the carbon carnival as long as possible in the first place? Carbon emitters and oil profiteers perhaps?

60 years of foot-dragging, obfuscation and deliberate blocking of any solution threatening the status quo have already passed.

Also, if the energy is clean and abundant, why not consume more of it? Energy is good, more energy consumption, if clean and sustainable, could be better. It can give us amazing things. Efficient use is good too, of course, but it’s a matter of mindset. It is thought error or thought release.

Minus zero carbon x 100% (with 200% energy availability) is a much better goal and represents a thought-freeing idea.

Do we need architects and inventors, innovators and scientists, and a massive amount of ammunition in the form of trillions of dollars in funding, from both public and private sources? Damn, yes.

And do these magicians and mavericks have to do incredible things that until recently were thought impossible? Absolutely. Is it a “moonshot” not just to save, but to catapult humanity into a better future? You bet-ur-a%$ he is.

That means the challenges of finding better technology, examples like soil reclamation, or more efficient battery storage, or alternatives to rare earth metals, if they’re too, uh, rare have to be understood and set in motion, quickly. It means inventing and discovering a technology that does not exist, that has not been tried or even researched, why never researched? Because oil was cheap and available, so don’t stress it out, Bub.

And, there are those who, already today, are thinking beyond net zero in 2050. There are those who want more, who know that we need more. Those who understand that political inertia and corrupt vested interests are not the excuses we want written on our tombstones.

And why not look for glasses half full or beliefs that manifest in action? Why not aim for something that makes us want to get up, get up and make something that looks like hope and looks like success and victory possible?

Decentralized solutions are coming, in all aspects of life

The reality is that it’s not just the global energy infrastructure that needs a total overhaul. Financial inequalities, political and economic systems are fragile and failing, wherever they are.

There is a whirlwind of collapse that could turn into a whirlwind and then could derail any progress made, as we plunge into the Dark Ages, even before catastrophic climate challenges are taken into account.

We need new, innovative ways to learn, communicate, interact and collaborate. And these are emerging – if you don’t believe in crypto, web3 or any other new direction that many see as alternatives to the flawed systems of the past, you should at least recognize that actively searching for a better way, those who do represent a solution, which is what we need even though the current systems are failing us.

So if you don’t agree with the ideas for change and proposed ways to improve ways of human interaction and coexistence, come up with new ideas and put them forward, okay? way presents itself.

Give yourself and all you have in actions that will ultimately change the direction of the fatal one, in this case continue to burn carbon in unbelievably massive amounts while we fight disagree and we let’s kill (war, etc.), to something new, something that might at least have a chance of winning the peace.

Losing is unacceptable for real this time. Winning isn’t everything, no sir, it’s the only thing. And as of 4/22/2022, this net zero BS is to be sent to Mars, or possibly Uranus.

Meanwhile, here on earth, we must occupy ourselves with building the only thing that will prevent oblivion: a little taste of utopia that will grow from a seed into a raging forest of real, unfossilized successes.

find books on Music, movies and entertainment and a lot other topics at Librairie.org