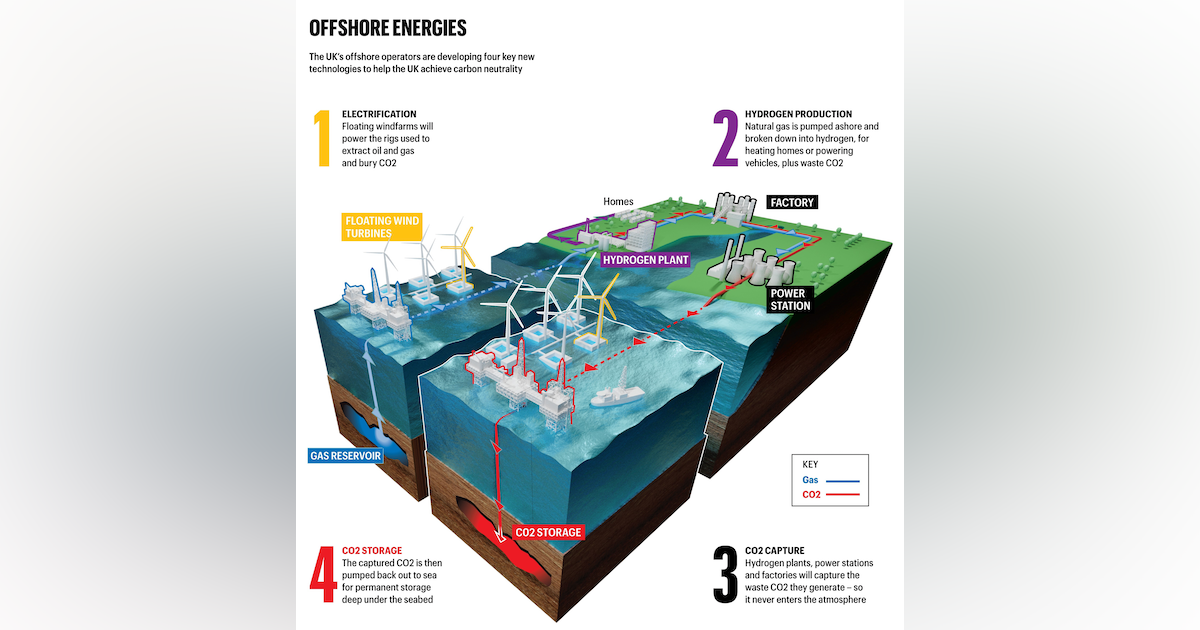 LONDON – OGUK, which represents the UK’s offshore oil and gas industry, is extending its remit to include the low-carbon offshore energy technologies its members are developing.

These include offshore wind, hydrogen production, carbon capture and storage, and more.

Following this development (a year-long strategic review), OGUK will change its name to Offshore Energies UK.

The new organization, which is due to take effect on February 14, will continue to champion the oil and gas sector while supporting companies with an interest in carbon capture and storage, hydrogen production and offshore wind.

CEO Deirdre Michie said the organization would be a unifying voice for an offshore energy industry that was undergoing rapid and positive change.

Offshore Energies UK will also continue to work with regulators, policymakers and others to advance the interests of offshore energy industries and to help manage the UK’s transition in line with climate goals.

Some elements of this work are already underway for carbon capture and hydrogen production, as part of the North Sea Transition Agreement that OGUK signed with the UK government last March.

Michie added: “Our members are investing in cleaner energy, driving the technologies needed to support UK jobs, communities and energy security – and to drive the transition to low-carbon energy.” Existing members (OGUK) involved in low carbon projects include:

As part of Crown Estate Scotland’s recent ‘ScotWind’ rental round, 13 member companies have secured leading roles in all 17 ScotWind projects and expect to pay over £570m ($765m) in fees rental to build offshore wind farms and develop more than 20 GW of potential capacity.

Other member companies involved in the supply chains of these projects, such as Worley and Xodus, support ScotWind developments as project partners.