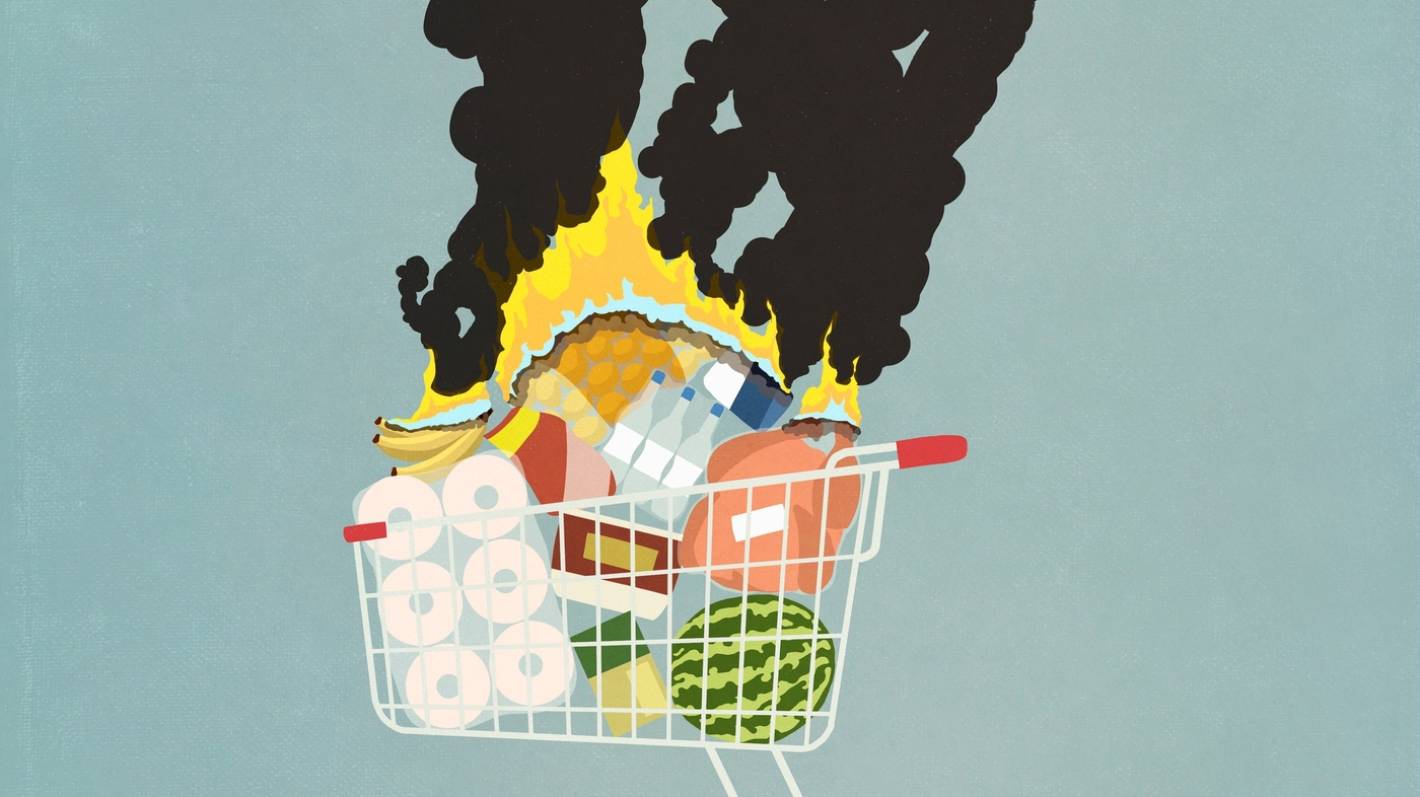 Toluna found that rising grocery costs caused the most disruption, with 85% of shoppers saying they were impacted by the rising cost of groceries.

The rising cost of living is impacting how 73% of people spend their money.

Among these changes, 31% of people are ditching their favorite brands in favor of cheaper brands, 24% are looking for the best deals and 30% are buying in bulk to save money.

Toluna NZ regional manager Stephen Walker said the rising cost of living was now one of the country’s biggest problems.

READ MORE:
* How to reduce your consumption of plastic packaging in the supermarket
* Trade Me reveals the price of second-hand goods is rising rapidly as shoppers embrace second-hand goods
* Buy abroad? This is a case of buyer beware

Kiwis are cutting treats and spending amid a steep rise in the cost of living. “You have to think twice about what you put in the basket.”

When it comes to purchasing decisions at the supermarket, price was by far the most important factor for the majority of shoppers (84%), while people were least concerned about sustainability (58%) and health (56%).

With the cost of living expected to remain high, 60% of people expected to spend more on groceries in the next three months.

The research interviewed 501 respondents in New Zealand between March 23 and March 29, 2022.

Reducing social activities such as dining out, as well as finding ways to reduce their energy consumption, were some of the other ways New Zealand households were trying to cut spending.

Almost a third (28%) of Kiwis were putting off buying items for their home to save money, with 25% looking for more cost-effective ways to furnish their homes.

But people said they were the least likely to give up their mobile phone contracts and TV subscriptions in a bid to save money.

Energy use was also an issue and more than half of respondents would turn off their lights whenever possible, while 40% would take shorter showers.

Kiwis also hoped to cut their energy bills by using eco/cold settings on washing machines and dishwashers (36%), lowering the target heating temperature (23%) and scheduling laundry so that ‘it operates during low-rate hours (18%).

“Understanding today’s consumer is key, and companies will do well to ensure that communication with customers over the coming months is largely focused on price and value,” said Walker.

“It’s important for companies to evolve in their positioning and marketing in a way that aligns with current consumer sentiment.”

Telcos could save up to 70% in power consumption by optimizing 5G hardware,…