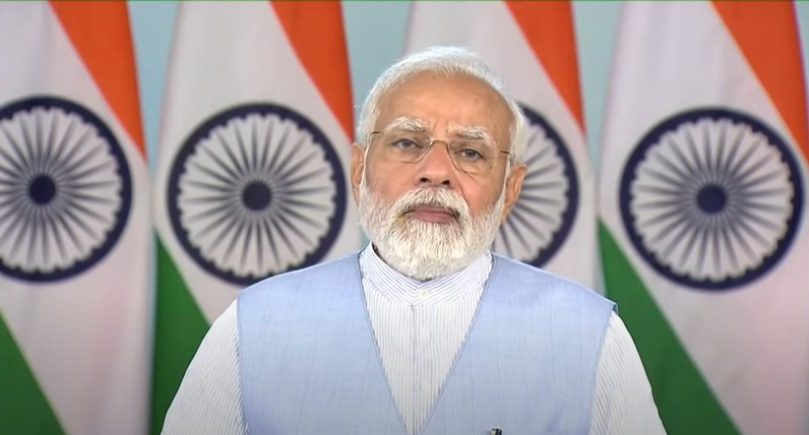 At a post-budget meeting on Friday, Prime Minister Narendra Modi said sustainable growth was only possible through sustainable energy sources. The first budget since India joined the pledge to achieve net zero carbon by 2070 had a strong focus on energy transition and climate action.

Prime Minister Narendra Modi said the world is witnessing the depletion of all types of natural resources and in such a scenario, a circular economy is the demand of the hour. “We have to make it a mandatory part of our lives,” Modi said.

Referring to the recently announced National Hydrogen Mission, the Prime Minister said that India can become a green hydrogen hub given its inherent advantage in the form of abundant renewable energy. He called for private sector efforts in the region.

“Provisions have also been made in this year’s budget regarding battery swap policy and interoperability standards. This will reduce the problems encountered in the use of electric vehicles in India,” he said.

Modi pointed out that alongside energy production, energy saving is equally important for sustainability. “You should work on how to make air conditioners, heaters, geysers and furnaces more energy efficient in our country,” he advised the industry.

He gave an example of the promotion of LED bulbs on a large scale. He said the government first reduced the cost of LED bulbs by promoting production and then 37 crore of LED bulbs were distributed under the Ujala scheme.

“It saved 48,000 million kilowatt hours of electricity and saved around Rs 20,000 on the electricity bills of poor and middle class families. Annual carbon emissions also saw a drop of 4 crore tonnes. Local bodies are saving Rs 6,000 crore every year through the adoption of LED bulbs in street lamps,” he said.