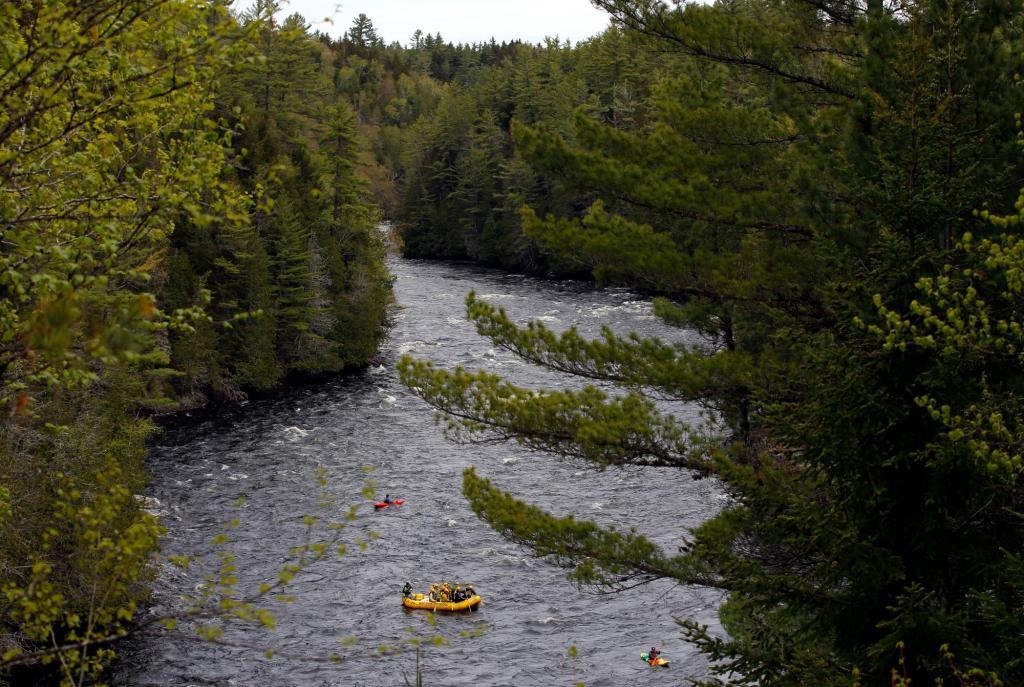 It seems that NIMBYism cannot take many forms, even when it comes to providing infrastructure for diverse energy sources.

Whether it’s green, clean, or somewhere in between, opponents have successfully derailed or delayed such projects in Massachusetts, New Hampshire, and Maine.

In Massachusetts, environmentalists have blocked additional pipeline capacity to boost our supply of abundant natural gas literally on our doorstep.

Ironically, the same scenario has played out in our two northern neighboring states, where efforts to erect power lines to import renewable hydroelectric power from Quebec have been met with similar environmental opposition.

But late last month, Maine’s highest court gave new life to a billion-dollar power line that would bring Canadian hydropower to Massachusetts, ruling that a nationwide vote State rejecting the project was unconstitutional.

The Supreme Court, which determined that the retroactive nature of last year’s referendum violated the project developer’s constitutional rights, sent the case back to a lower court for further consideration.

The project, backed by Massachusetts Governor Charlie Baker, would be paid for by Bay State taxpayers.

The Baker administration said the hydroelectric project could supply about 17% of state electricity demand and reduce Massachusetts power bills by 2% to 4% each year under contracts already approved by the Massachusetts Department of Public Utilities.

However, the SJC has not ruled on a separate case involving a lease for a 1-mile portion of the proposed power line that crosses Maine state land.

While most of Maine’s proposed 145-mile power line would be built along existing corridors, a new 53-mile stretch was needed to reach the Canadian border.

Proponents say projects like this one, funded by Massachusetts taxpayers, are needed to fight climate change and introduce renewable electricity to a region heavily reliant on natural gas, which can lead to price hikes. energy costs.

But critics say the project’s environmental benefits are overstated and not worth the harm done to western Maine’s forests.

It proposed to run 192 miles of new power lines from Canada, through northern New Hampshire, south to Concord, then east to Deerfield. The project was a collaboration between Eversource – formerly known as the Public Service of New Hampshire – and Hydro-Québec, owned by the Quebec provincial government.

The utilities said the $1.6 billion venture would transport 1,090 megawatts of electricity from Quebec – which gets more than 90% of its electricity from hydroelectric dams – to the New England power grid.

But this project generated considerable controversy from the start. Many of his most vocal opponents came from the sparsely populated and heavily forested North Country.

In the end, their concerns and those of other conservationists ultimately prevailed.

It seems obvious that hydroelectricity has become Governor Baker’s main source of green electricity. Its virtually non-existent carbon footprint makes it an environmentally attractive way to replace one of the supposed main drivers of climate change, fossil fuels.

However, one of the effects of our seemingly changing climate, prolonged drought, raises questions about the reliability of hydroelectricity.

According to the California Energy Commission, in a typical year, hydropower provides about 15% of the state’s electricity supply.

But during that state’s prolonged drought, that percentage has dropped. Over the past three years, hydroelectricity has fallen by more than half to around 7%.

Could this happen in Quebec? This certainly cannot be ruled out, as no one can accurately predict long-term climate patterns.

With the availability of a renewable energy source tied up in the courts and others – wind, solar – intermittent in nature, we would be wise to recognize that natural gas remains a source of energy we can rely on.

The only constraint to its supply remains the refusal to provide the infrastructure necessary for its delivery.

It seems that NIMBYism has a price, which followers of this practice are more than happy for you to pay.

Sustainability in the electric vehicle industry through renewable energy sources