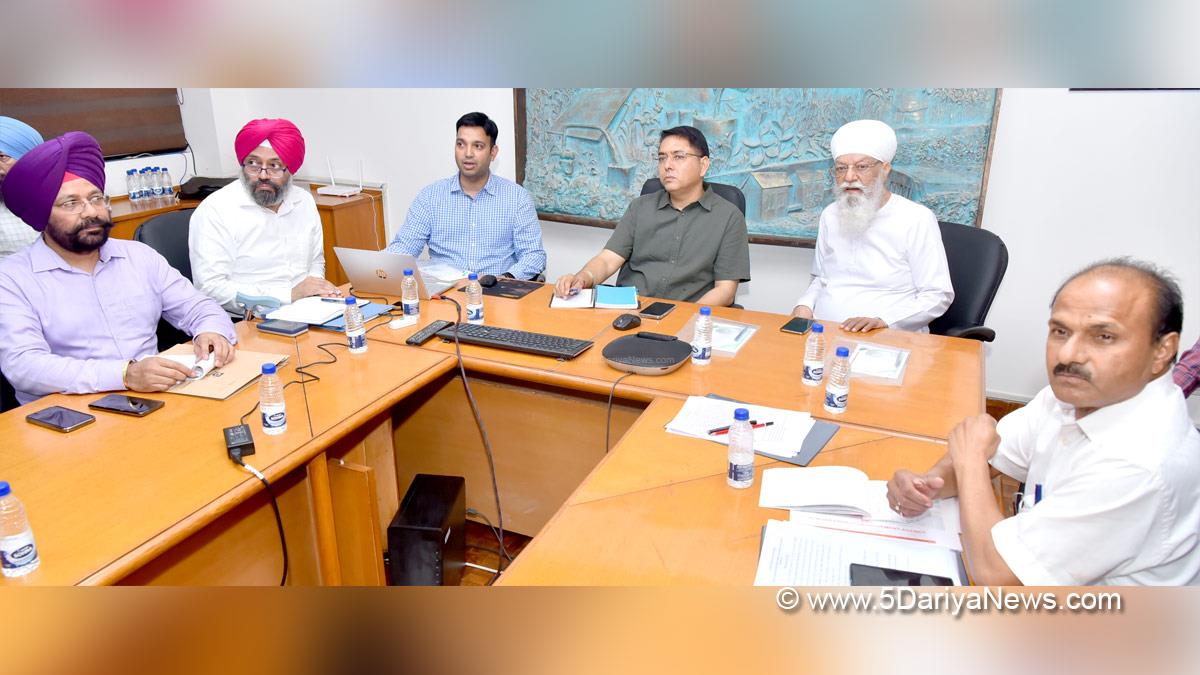 Punjab Chief Minister Bhagwant Mann led by the state government will increase renewable energy sources to ensure optimum use of natural solar energy to provide a clean and green environment for the people of the Punjab. state, said Aman Arora, Minister for New and Renewable Energy Sources, when reviewing the major projects of the Punjab Energy Development Agency (PEDA).

Chairing the high-level meeting at PEDA Bhawan here, the Minister asked officials to assess the feasibility of solarizing agricultural pumps, as many farmers use diesel-powered agricultural pumps to irrigate their crops, which has increased the costs of agricultural inputs and polluted the environment. “But, our government is fully committed to increasing farmers’ incomes by reducing their agricultural expenses,” the minister said.

The Minister was informed that a total of 15,525 solar pumps have already been installed in the state and a target of equipping 9,000 pumps with solar panels has been requested from the Government of India for the financial year 2022-23. Notably, about 13.88 lakh of the electric motor pump sets are used for irrigation in the state and the state government provides free power worth Rs.6988 Crore per year.

The Managing Director of PEDA, Mr. Sumeet Jarangal informed the Minister that there is a potential of about 1750 MW of solar power projects at the top of the canals. Of which only 20 MW have been exploited. During the meeting, PV projects on roofs of warehouses/hangars were also discussed.

The minister instructed officials to look into the possibilities of setting up compressed biogas (CBG) projects to make better use of crop residues, in addition to boosting the rural economy. Solar power, biogas and other green energy technologies could be game changers for the state, he added.

Discussing the upcoming compressed biogas projects on the issue of using paddy straw as fuel, the minister was informed that about 1.8 million tons per year of paddy straw were to be used in the 42 projects of compressed biogas being implemented for the production of 492.58 TPD CBG allocated by PEDA and a larger project with a total capacity of 33.23 tons of CBG per day has been commissioned at Bhuttal Kalan village of tehsil Lehragaga in Sangrur.

Two other CBG projects of 15 TPDs are in an advanced stage of commissioning. These projects are expected to be commissioned by the end of this year. Aman Arora asked officials to prepare concept notes on those projects discussed at the meeting for further discussion at the highest level of government.

Expressing his anguish over the callous attitude of previous governments to the problem of environmental pollution, the minister also ordered that special attention be given to the transition to renewable energy and green energy to deal with rising energy costs and combating climate change. These measures will not only help us reduce carbon emissions to achieve the goal of a green and clean Punjab, but will also bring huge progress towards sustainable development, he added.