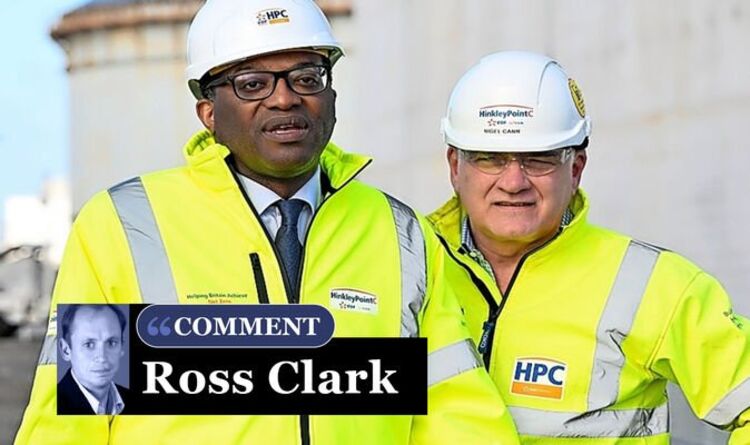 The Russian invasion of Ukraine forced a change of mentality. As acknowledged in the Energy Security Strategy announced yesterday by the Prime Minister and Business Secretary Kwasi Kwarteng, we don’t just want clean energy.

There are good things in the strategy. The government wants to build eight nuclear power stations by 2030 – one of the few low-carbon forms of energy that is highly reliable and consistent.

There are also proposals for a new round of licenses for oil and gas extraction in the North Sea. For too many years the government has been content to let industry slowly die on the grounds that in our glorious new green future, oil and gas would become obsolete.

The folly of this thinking became evident with the energy crisis.

Twenty years ago, Britain was self-sufficient in energy. Today, we import more and more oil and gas, partly by ship and partly by pipeline from Russia.

Even though we would like to switch to clean energy, it is inevitable that we will remain dependent on fossil fuels for at least the next few decades.

It is only with gas-fired power plants, for example, that we can keep the lights on when the wind stops blowing and the sun stops shining.

Unlike nuclear power plants, whose power output cannot be increased or reduced easily, we can ignite gas at short notice.

The government’s new strategy will create serious difficulties by the end of this decade. Far from relaxing the goal of achieving net zero carbon emissions by 2050, it sets a new goal: to produce 95% of our electricity by low-carbon means by 2030 – in just eight years.

What shall we do then on days without sun and without wind? The fact is that while we already have enough solar and wind farms to meet UK energy demand on good days, on bad days they can produce less than 5% of our electricity.

If we can’t fill the void with gas, we’ll need some form of energy storage – or develop other forms of green energy such as tidal power, which is more predictable and reliable. . The problem is that energy storage is horribly expensive.

On tidal power, the government has previously rejected proposals for a tidal barrage on the Severn on the grounds that it could disturb birds and rejected a smaller tidal station near Swansea on cost grounds.

I am for wind and solar energy. But there is no point in building more and more turbines and panels without a proper plan to deal with the intermittency problem. It is not an energy security policy, it is the opposite.

What I fear is that this will lead to our smart meters being used to charge us exorbitant electricity prices at times when renewables are scarce, forcing us to switch off appliances so the national grid can cope.

And with solar farms, there’s another problem: they take up vast swaths of land, much of it prime agricultural land. If all the solar farms under the current proposals were built, they would cover 230 square miles, or half the size of Bedfordshire.

There is no point in Britain becoming more energy self-sufficient if in doing so it becomes more dependent on food imports. National food self-sufficiency has gone from 78% in the 1980s to 60% today.

What we really need are two interconnected policies to strengthen food and energy self-sufficiency. This could involve putting solar panels on rooftops – but not plastering large areas of the countryside with them.

We also need ways to help households cope with skyrocketing energy bills. As Kwarteng said yesterday, the energy security strategy focuses more on what will happen in three to five years.

That’s not enough to help people who have seen their bills go up 50% and face more misery in the fall when the energy price cap is revised again.

For that, we’ll have to hope that the government has another plan that they haven’t revealed yet.

Telcos could save up to 70% in power consumption by optimizing 5G hardware, Sustainability

Increased use of clean and renewable energy sources in Saudi Arabia