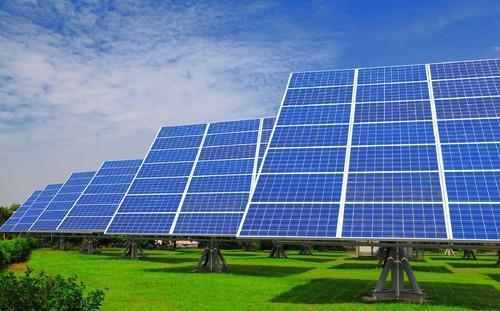 New data released by the International Renewable Energy Agency (IRENA) shows that renewables have continued to grow and gain momentum despite global uncertainties. At the end of 2021, global renewable energy generation capacity stood at 3,064 gigawatts (GW), increasing the stock of renewable energy by 9.1%, IRENA said in a statement.

According to the agency, although hydropower accounted for the largest share of total global renewable generation capacity at 1,230 GW, IRENA’s 2022 renewable capacity statistics show that solar and wind have continued. to dominate the new production capacity.

Together, the two technologies contributed 88% of the share of all new renewable capacity in 2021. Solar capacity led with a 19% increase, followed by wind power, which increased its generation capacity by 13%.

“This continued progress is another testament to the resilience of renewables. Its strong performance last year represents more opportunities for countries to reap the multiple socio-economic benefits of renewable energy. However, despite the encouraging global trend, our new World Energy Transitions Outlook shows that the energy transition is far from fast or widespread enough to avoid the disastrous consequences of climate change,” says Francesco La Camera, Director General of IRENA.

IN CASE YOU MISSED THESE FROM NIGERIAN TRIBUNE

“Our current energy crisis also adds to the evidence that the world can no longer rely on fossil fuels to meet its energy demand. Money directed to fossil fuel power plants yields thankless results, both for the survival of a nation and the planet. Renewable energy should become the norm worldwide. We need to muster the political will to accelerate the 1.5°C trajectory.

To meet climate goals, renewables must grow at a faster rate than energy demand. However, many countries have not yet reached this point, despite a significant increase in the use of renewable energy for electricity generation.

Sixty percent of new capacity in 2021 was added in Asia, giving a total of 1.46 terawatts (TW) of renewable capacity by 2021. China was the main contributor, adding 121 GW to the new capacity of the continent. Europe and North America, led by the United States, took second and third place respectively, with the former adding 39 GW and the latter 38 GW. Renewable energy capacity increased by 3.9% in Africa and 3.3% in Central America and the Caribbean. Despite steady growth, the pace in both regions is much slower than the global average, indicating the need for stronger international cooperation to optimize electricity markets and stimulate massive investment in these regions.