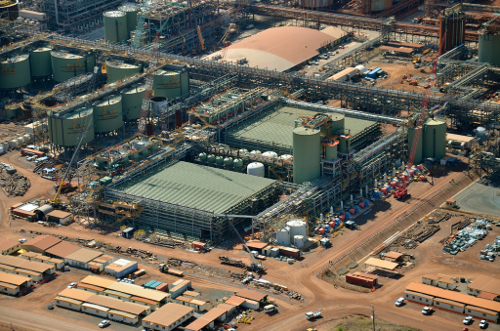 British-Australian mining titan Rio Tinto Group announced this week that it is seeking proposals for wind and solar power projects for its operations in Queensland.

Rio Tinto said it has issued a request for proposals (RFP) for this purpose and is seeking sustainable energy alternatives for its three operations there, namely the Boyne Aluminum Smelter, the Yarwun Alumina Refinery and the Alumina Refinery. Queensland alumina.

In a statement On Wednesday, Ivan Vella, managing director of Rio Aluminum, said Gladstone’s asset would need about 1,140 MW of reliable power, or at least 4,000 MW of wind or solar resources.

“As Queensland’s largest energy consumer, we have an important role to play in driving the development of competitive renewable energy sources for our Gladstone assets and supporting the state’s renewable energy targets. »

“We are only at the beginning of the process, but this is an important step towards achieving both our group’s climate change target of halving our emissions of by the end of the decade and our commitment to net zero emissions by 2050,” he continued.

Rio Tinto says it hopes to have these assets in place by 2030. The tender follows the doubling of its climate commitments last fall, including halving its Scope 1 and 2 emissions by by the end of the decade and switching its Australian assets to renewable energy sources.

The company has also signed a statement of cooperation with the State of Queensland to work towards establishing more renewable energy options for the Gladstone area.

Rio Tinto says it will make additional statements on this as it deems appropriate.

Gas-powered cars are bad because they run on dirty energy sources; Before Changing Abortion Laws, Consider the Long-Term Consequences