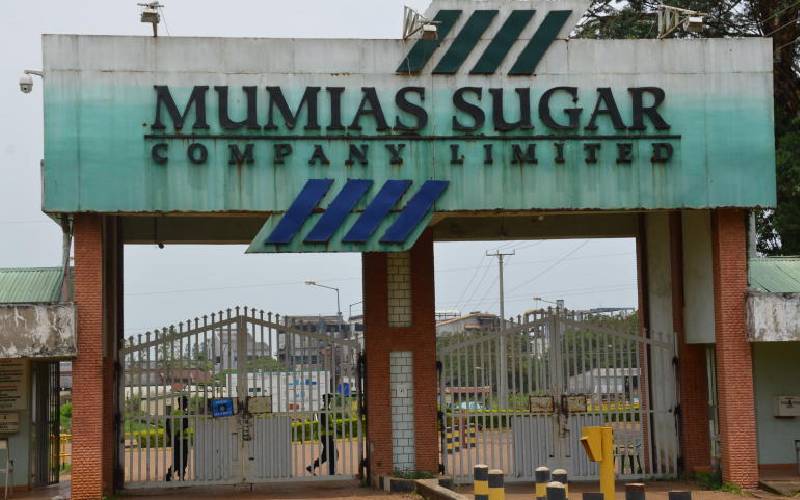 The closure and downsizing of large companies operating in western Kenya and the region’s limited electricity supply have led to a sharp decline in electricity consumption over the past decade.

State-owned sugar mills and Panpaper factories are among the companies that have either shut down or significantly slowed down their processes.

Energy consumption data from Kenya Power and the Kenya National Bureau of Statistics (KNBS) show a steep decline over the years, a trend which, if not reversed, could very well see the region miss out to benefit from the government’s Big Four Agenda, which has manufacturing among its main pillars.

Electricity consumption in the region peaked in the 2013/14 financial year when domestic and commercial customers purchased a total of 1.12 billion kilowatt-hours of electricity, according to KNBS data.

However, this would drop sharply the following year, with electricity sales to consumers in the region reaching 525 million units (kWh).

There has been a significant drop in consumption within the Commercial and Industrial Consumer 1 (CI1) category, which are fairly large businesses measured at 415 volts. Electricity consumption by this category of customers in Western Kenya fell to 65 million units in June 2021. This is a reduction of more than 50% from the 149 million units consumed during the 2014/15 financial year.

CI1 companies generally have a monthly consumption of more than 15,000 units of electricity. Most of the large companies classified as commercial and industrial fall under this category and numbered around 2,900 in June 2021, according to Kenya Power’s annual report.

This is the case in the other categories of commercial and industrial customers, where for example the CI5 category consumed 17 million units of electricity in the year up to June 2021. This is a down from 84 million units in the year to June 2015. CI5 is the category for very large power consumers which are measured at 132 kilovolts (KV).

Despite the drop in consumption, the number of consumers in the region increased significantly to reach 512,000 in June 2021, from 265,700 in June 2016 to 265,700. This is due to an aggressive increase in electricity connections among the domestic consumers over the past decade as government pushes for universal power.

Among the factors that have led to low electricity consumption in Western Kenya are large businesses closing or slowing down over time.

As well as being heavy consumers themselves, businesses such as Webuye Sugar Mills and Paper Mills have attracted a host of businesses that have contributed to high energy consumption. These companies have closed or are a shadow of their former selves.

Webuye’s paper mills, which collapsed due to heavy debts, were a force to be reckoned with in their heyday and were easily behind Webuye’s rise as an industrial town and, with the factories, the decline of the city.

After its closure, other businesses that also helped keep the town of Webuye running struggled to continue to thrive, with many businessmen closing up shop and moving to other areas, including North Rift.

Webuye Paper Mills was privatized in 2016 when the Rai family bought the business for 900 million shillings. This has so far failed to reverse the city’s fortunes. The company, which now operates as Rai Paper, was expected to return to its former glory over time, with the Rai family saying it would pump out 6 billion shillings over five to 10 years. It was expected that over time it would create 1,500 jobs.

Four of the five government-owned sugar mills are located nearby in the Western Region of Kenya. Companies have over the years seen production decline, perhaps the most visible being Mumias Sugar Company which in 2019 was placed in receivership.

The decline over the years can be seen in the surroundings around the sugar mills, with their descent into nearby towns, where economic activity has mirrored the decline that the sugar industry has experienced.

“Governance issues have contributed to inefficiencies across the sugarcane value chain, but more so in sugar mills. Most state-owned sugar mills are operating below capacity and burdened with huge debt “, said the May 2021 report by the Manufacturers Association of Kenya on the sugar sub-sector.

“Inefficient and poorly maintained machinery, which suffers frequent breakdowns, further worsens the production capacity and quality of mills. As a result, most millers and contract farms have problems operating efficiently and profitably. on an enduring basis, with most of them returning recurring losses.”

Apart from the collapse of large companies, another factor that has led to low electricity consumption in Western Kenya has been the region’s limited power supply over the years.

A new line meant to replace the dilapidated one has suffered major delays. The Olkaria-Lessos-Kisumu 400kV transmission line, which is being constructed by the Kenya Electricity Transmission Company (Ketraco), was originally scheduled to be completed in 2018 but was not completed until 2021.

The Ministry of Energy has in the past told the Parliamentary Energy Committee that Kenya Power has over the years had to implement some sort of power rationing program in the region. This resulted in different parts going without power for hours on certain days each week so that the company could provide stable power to other parts of the region.

In the past, the region had to rely on a thermal power station at Muhoroni, imports from Uganda as well as hydroelectric power stations at Sondu Miriu and Turkwel. The latter two are unreliable due to low installed capacity and dependence on rainfall.

Yukoners’ electricity use was sizzling