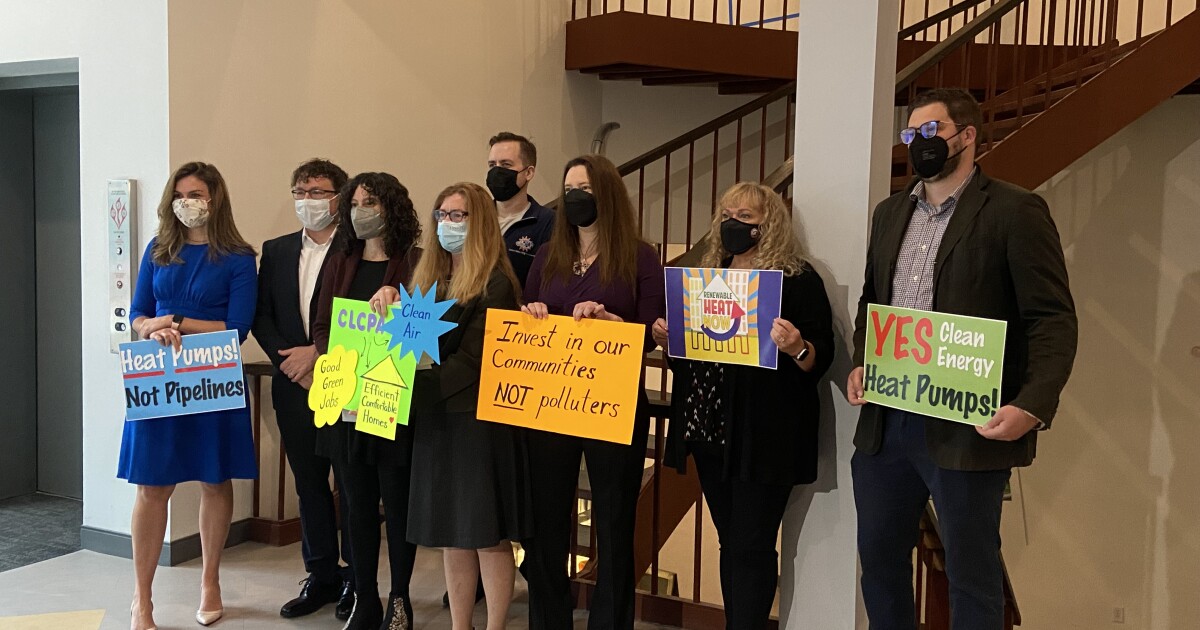 Local community leaders and energy industry representatives join together to advocate for sustainable energy in central New York. In the lobby of Whitlock’s all-electric building, they set out their goal: to eliminate fossil fuels from buildings in CNY.

“It’s going to cost us so much less to make these investments than to continue burning fossil fuels and contributing to catastrophic climate change,” he added. says Jessica Azulay.

Azulay is the executive director of the Alliance for a Green Economy in New York. She stated that the implementation of the 2019 Climate Leadership and Community Protection Act will generate millions of dollars in savings and hundreds of thousands of jobs.

As the council works to make these changes and inform people of the urgency of climate action, the shift to energy efficiency is also being encouraged on a much smaller scale. Matt Dennis, Senior Energy Advisor at Energy Contractor Halcosaid face-to-face connection is essential.

“You can’t take a hundred people and try to convince them based on things they’ve heard or seen, but if you can have an honest, one-on-one conversation with someone and just introduce the facts, and showing them what is what and why things work the way they do, most of the time makes sense to them,” says Dennis.

Dennis helped install heat pumps and solar panels for people in their own homes. However, the upfront costs of installing these systems keep many low-income residents out of the conversation. Jeanne Royal with Greater Syracuse Works says that’s where state help is needed.

“In order for them to convert to better sources of energy for their homes so that they can be healthier, they are going to need help with those costs. They will not be able to bear these costs,” Royal said.

Royal said that as many low-income people do not own their homes, it will be important to work with their landlords to help them benefit from sustainable energy. But the question remains where to find the billion dollars a year needed to help people meet New York’s energy goals. If you ask Azulay, there’s a simple solution to finding a large chunk of it.

“If we stop investing in the fossil fuel industry and move that money into energy efficiency and electrification, that’s a source of funding,” Azulay said.

Part of this funding will be used to help residents and small businesses in disadvantaged areas. It’s something Azulay said is important because these are the people who have been most affected by the burning of fossil fuels – both in the wallet and in the doctor’s office.