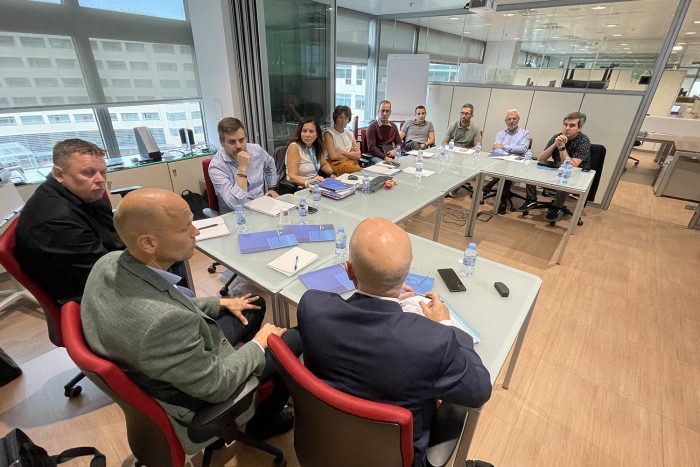 The Port of Barcelona and the Danish company PowerCon A/S have launched the pilot project for the electrical supply of ships at the BEST terminal.

Jhe company has won the contract for this project, which is part of phase zero of the dock electrification plan developed by the Port of Barcelona and includes the drafting and execution of the project as well as the connection and disconnection service of the ships and the maintenance of the settlement.

The first meeting took place last week between the Port of Barcelona and PowerCon teams establishing the ground rules for the execution of the construction project according to the tender and visited the Hutchison Ports BEST terminal to inspect the facilities where the electrification equipment will be installed. located.

With a planned global investment of nearly 110 million euros, the dock electrification plan is among the key projects promoted by the Port of Barcelona to halve CO2 emissions from port operations by 2030 and become a carbon neutral port by 2050.

This plan, called Ndemanden, will allow ships to be connected to the general electricity network while they are at the quay, using clean energy generated on the Port itself or certified 100% renewable.

Once the BEST pilot project is launched, the Port of Barcelona will have real and useful information based on experience on the performance of OPS on container ships and will be able to draw conclusions on best practices and identify future needs and developments. .

The Port of Barcelona dockside electrification plan is fully aligned with the United Nations Sustainable Development Goals (SDGs) and one of the keys to its success is connecting the port directly to the high-capacity electricity grid to meet to the expected demand for electricity from ships. .