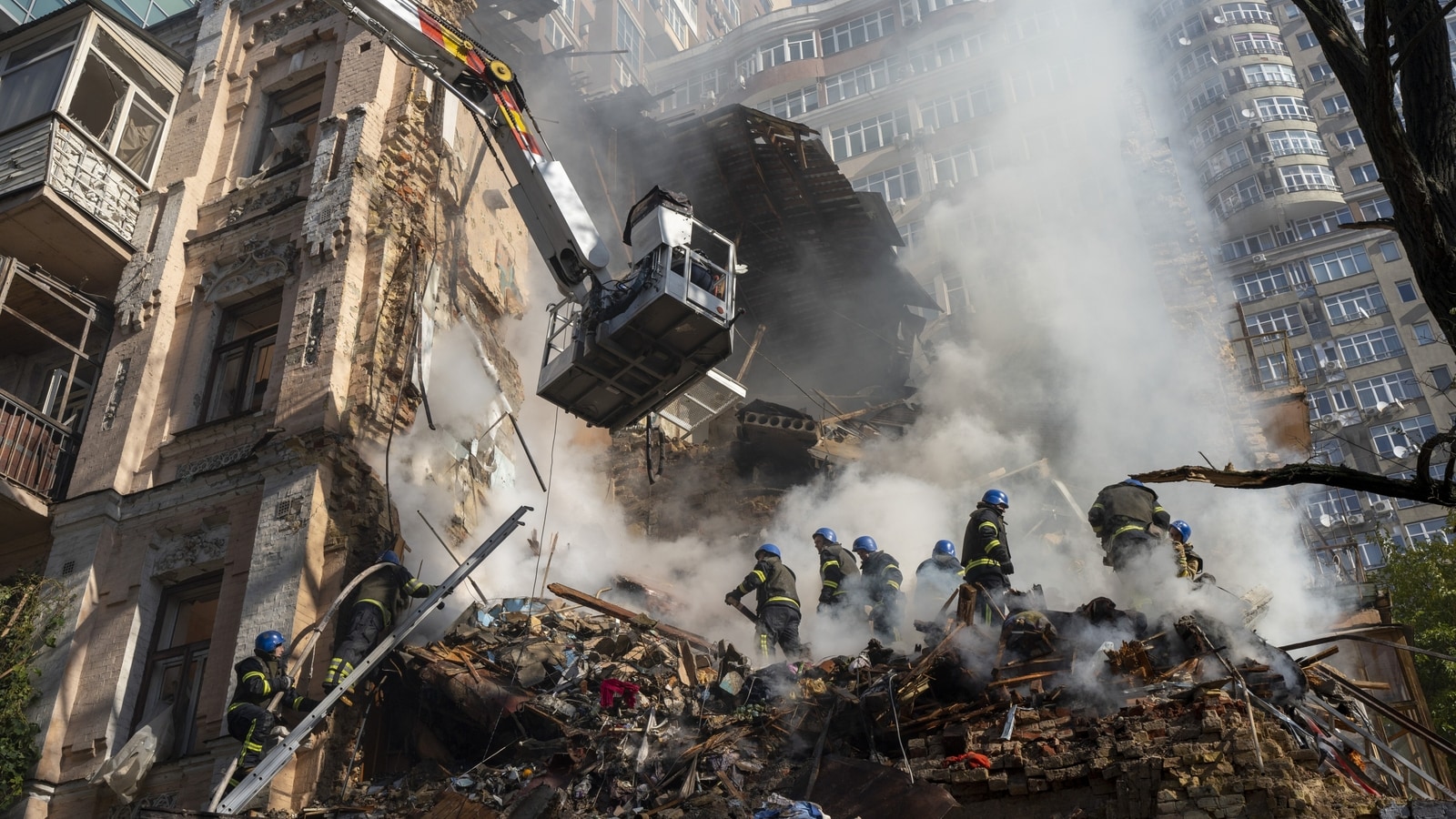 Ukraine is restricting electricity use across the country for the first time after a barrage of Russian missile and drone attacks destroyed some power plants this week. The restrictions come as Russia targets crucial infrastructure in the country ahead of the cold winter months in Ukraine. On Wednesday, Russian President Vladimir Putin also declared martial law in the four annexed regions of Ukraine.

here are the key updates on the Russia-Ukraine war:

1. Russian President Vladimir Putin declared martial law in four partially occupied Ukrainian regions that Moscow had claimed as its own. Travel in and out of areas close to Ukraine has been restricted.

2. Russian-backed authorities in Kherson plan to evacuate around 50,000-60,000 people over the next six days.

Read more: ‘If we nuke Russia…’: Elon Musk talks about Moscow’s use of nuclear weapons

3. A Russian missile strike hit a major thermal power plant in the city of Burshtyn.

4. The head of the EU commission has called Russian attacks on power plants and other crucial infrastructure in Ukraine “acts of pure terror” which are war crimes.

6. The European Parliament has awarded the Ukrainian people its annual Sakharov Prize.

7. Israel has offered its assistance to Ukraine to develop alerts for civilians under air attack, thus modifying its policy of non-military intervention in Kyiv.

Successfully subscribed to the newsletter

Thank you for subscribing to our Daily news capsule newsletter.