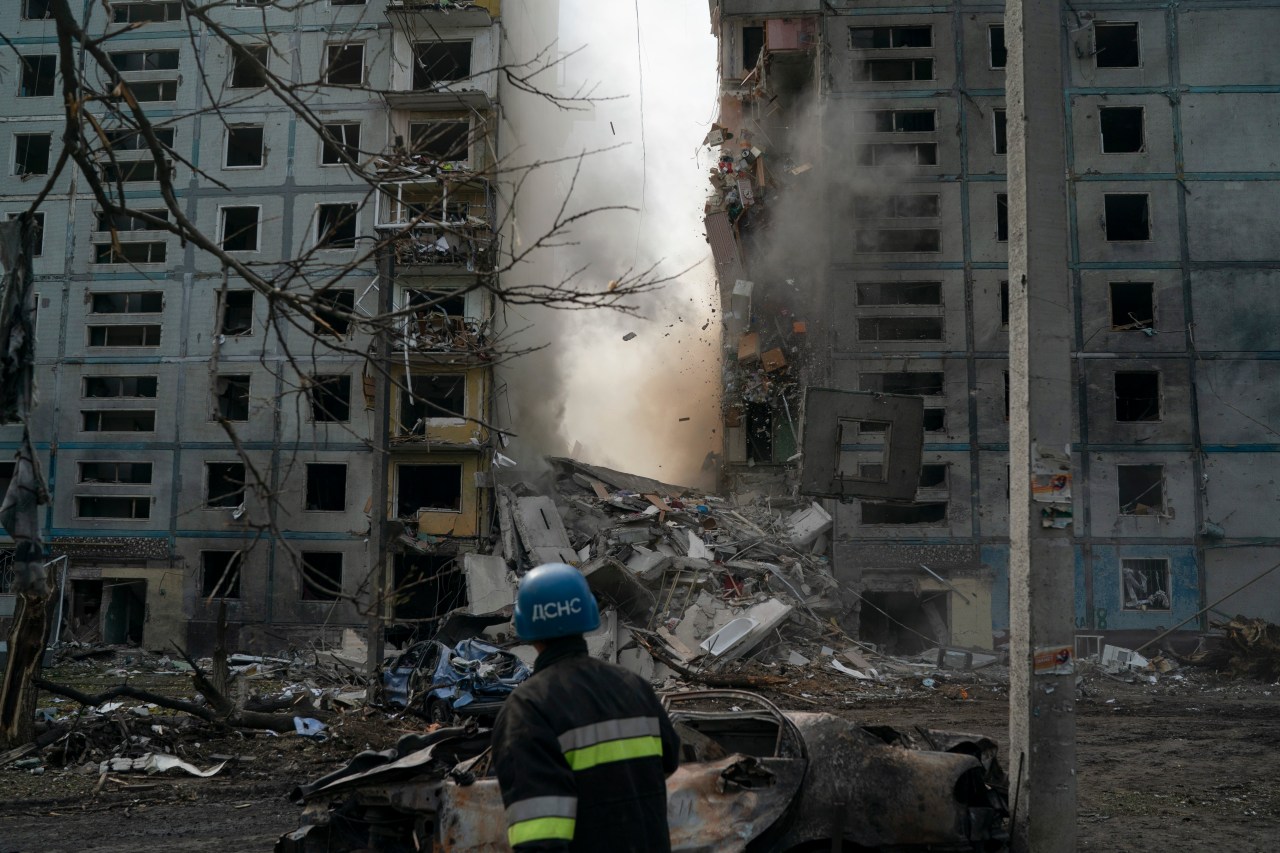 Ukraine has accused Russia of increasing attacks on electrical installations and critical infrastructure during its recent waves of missile launches, which has already sometimes caused blackouts and asked residents to limit their consumption of energy.

Ukrainian officials on Thursday asked residents to reduce their electricity consumption between 7 a.m. and 11 p.m., including avoiding the use of unnecessary electrical appliances.

“Of course, we will do everything possible to restore the normal energy capacities of our country. But that takes time,” Zelensky said, adding that “our joint efforts” are “even more necessary than before.”

Zelensky has warned that power cuts will continue in Ukraine, pointing to three energy facilities destroyed by Russia this week.

The attacks are the latest in a series of Russian strikes against Ukrainian energy infrastructure in cities across the country as Moscow steps up its invasion. Zelensky said earlier in the week that 3 out of 10 electrical installations in his country had been destroyed.

The Ukrainian leader urged residents to limit the electricity consumption of high-energy appliances and to be “as conscious as possible” of energy consumption to limit blackouts.

Kyiv Mayor Vitali Klitschko said on his Telegram channel that Thursday’s request to reduce electricity consumption coincided with the start of the heating season in the capital.

“Even a small saving and reduction in electricity consumption in each residence will help stabilize the functioning of the national energy system,” Klitschko said. “I also ask entrepreneurs, owners of advertising spaces, shops, cafes and restaurants to save as much as possible on the lighting of signs and screens.”

Klitschko added that 21 of the city’s 38 trolleybus lines will be served by buses on Thursday to save electricity.

“The insidious enemy wants to intimidate us and leave us without light and heat, and therefore attacks the objects of our country’s energy infrastructure,” he said. “But all together, conscientious and united, we are able to counter the intentions of Russian terrorists. Now each of us has the opportunity to help the energy system of our native country.