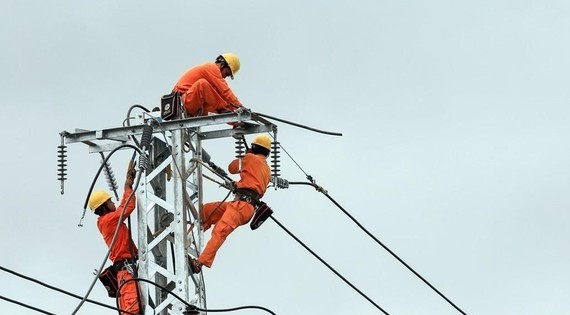 Several uncertainties are delaying the draft Electrical Scheme VIII of the national development plan for the period 2021 to 2030 with a vision until 2045. There are also very many brakes and brakes on the development of Liquefied Natural Gas (LNG) expected to operate a revolution energy.

LNG-generated electrical power was suggested for national development in Politburo Resolution 55 in 2020, but it wasn’t until Prime Minister Phạm Minh Chính pledged at the COP26 conference in Scotland in 2021 to bring waste emissions to zero by 2050 as the development of this type of energy has been discussed. Draft Electrical Power Plan VIII sets a target to stop generation of 18 GW of electricity from coal-fired power plants and start generating 14 GW of electricity from LNG and 12-15 GW from of renewable energies.

That is to say, by 2030, Vietnam will produce 23,900 MW of electricity from LNG, or about 16.4% of the electricity produced. In this, 7,900 MW had been mentioned in Revised Power Supply Plan VII and only about 6,000 MW would be produced by 2030. Emphasis will be placed on this in the North to ensure power supply to the area that needs it most. .

As stated in Power Plan VIII, the Ministry of Industry and Commerce estimated that LNG prices would increase by 10%, causing the average cost of electricity generation to increase by 1.1% to 1.5% . If LNG prices rise to US$16.5 per MMBTU, an increase of 40%, the average cost of generating electricity could increase by almost 6%, compared to the costs estimated in Electricity Plan VIII. Analysts say there are several variables for the development of LNG in Vietnam due to different hurdles arising from policy, capital resources and market, many of which are very difficult to overcome.

First, the supply and price of LNG is highly dependent on imports. The price of this fuel has tripled over the past year, from US$8.21 per 1 MMBTU in January 2021 to US$24.71 per 1 MMBTU this year. Worse still, the conflict between Russia and Ukraine has driven up LNG prices on the world market beyond all expectations. Secondly, the high prices of imported LNG prevented the signing of the Power Purchase Agreement (PPA) between the investors and Vietnam Electricity Group (EVN) because the sale prices are lower than the purchase prices.

Therefore, negotiating the price in the PPA has always been the most difficult step before an LNG project can succeed because it is imperative to comply with all the regulations, based on the quantities of electricity sold annually and the returns on investments and investment costs. Currently, about 50% of gas-fired power plants proposed for research, construction and implementation of certain infrastructure elements such as storage tanks, gas pipelines and gas import ports have not not officially launched, as negotiations related to the PPA have not been satisfactorily completed.

For example, the Bac Lieu gas-fired power station, funded by Singapore’s Delta Offshore Energy (DOE), was approved for Power Supply Plan VII and an investment decision was also approved. During the negotiation process, the DOE asked EVN to guarantee the consumption of all the electricity produced in this project. The DOE must also guarantee payment, for example by allowing it access to the national foreign exchange reserve to pay debts and fuel imports.

Other investors also said that the Public-Private Partnership (PPP) Investment Law removed the government’s contract performance guarantee for companies and the government’s commitment to convert foreign currencies. for projects. This made it difficult for them to raise the necessary capital by putting cash flow at risk should adverse circumstances arise.

At a recent meeting co-hosted by the Ministry of Industry and Commerce and the Ministry of Planning and Investment to assess investment resources for clean energy, Mr. Dang Hoang An, Vice -Minister of Industry and Commerce, said that hydrogen technology is the major asset. on which Vietnam bases the most hopes for the electric power plan VIII. With an output of about 3.3 million tons of hydrogen from 2030, Dang Hoang An said Vietnam can meet 70 percent of domestic electricity consumption demand and achieve better energy security. , while being able to guarantee the carbon reduction commitments made at COP26. conference.

The necessary technology and affordable costs play a central role. Currently, this technology has only been studied and used by a few developed countries like Japan, South Korea, and the United States. Mr. An said that they are negotiating with their partners and asking them to transfer this technology. According to him, it will not be easy, but they will still try their best because only developed countries have enough resources to do research and put this technology to use. Hydrogen technology remains a mystery until now, but when it comes to fruition, it will be the technology that can revolutionize the electric industry within a decade.

The development of renewable energies must also contain and prevent problems in order to ensure the stability and security of the electricity system. It is necessary to eliminate the differences between alternating current (AC) and direct current (DC) power sources to satisfy the needs of electricity consumption and energy storage, and to provide sufficient electricity, clean fuel and heat. These thorny problems can be solved by using hydrogen energy to try to switch from fossil energy to clean renewable energy. This endeavor will lead from limited to unlimited amounts of renewable energy and from dirty energy to cleaner energy. Many experts believe that the price of hydrogen fuel in the future will decrease due to electrolysis technologies, while fuel cell technology will improve, and storage and transportation costs will also become relatively competitive.