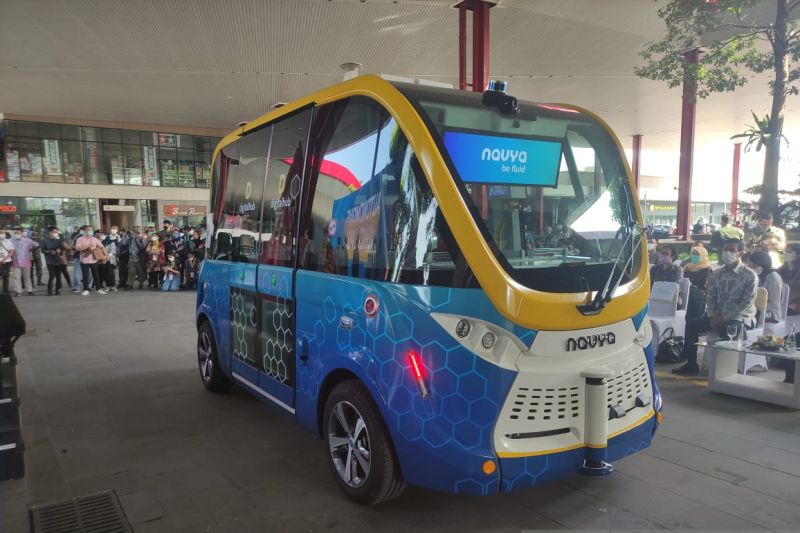 The Formula E or Jakarta E-Prix motorsport championship for electric cars is expected to be the start of a shift from using fossil fuels to non-fossil fuels (New and Renewable Energy/EBT).

However, replacing non-fossil fuels is serious business. A slight miscalculation could waste energy, time and resources.

The provincial government of Jakarta had gradually started to switch to the use of non-fossil fuels, starting with its means of public transport: the TransJakarta electric bus, MRT, LRT, commuter trains and even taxis.

More functional solar panels are also installed on the roofs of skyscrapers to save electricity, including for public lighting.

The use of EBT continues to be encouraged to make the capital environmentally friendly. However, the implementation is not so simple.

It takes a transition period to adopt an energy that can be called environmentally friendly and also affordable for the community.

Director General of Oil and Gas at the Ministry of Energy and Mineral Resources Tutuka Ariadji said the period of energy transition is inevitable as fossil fuels, oil and gas still have an important role before new and renewable energy, as a cleaner source of energy, is available and easily accessible to the public.

Similar policies have been adopted not only in Indonesia, but also in countries in Asia, America and Europe. One of the strategic policies implemented is the increasingly widespread use of natural gas.

The energy transition must be conducted holistically taking into account competitiveness, cost, availability and sustainability to ensure a smooth transition and maintain energy security.

Carbon neutrality according to global demands should also be met by increasing the role of natural gas.

Therefore, investments in natural gas projects should be increased globally by encouraging greater use of natural gas.

The General National Energy Plan, as regulated by Presidential Regulation No. 22 of 2017, projects that the share of fossil energy in Indonesia’s energy mix by 2050 will be approximately 68.80 %.

A member of the National Energy Council (DEN), Satya Widya Yudha, said that in the energy transition strategy at regional and national levels, the role of natural gas is still important in meeting energy needs.

Natural gas is considered to have the most important role because this type of energy source has a lower and cleaner carbon intensity than oil and coal.

However, as one of the oil and gas producing countries in the world, the Indonesian government should not neglect formulating an energy transition strategy.

Indeed, current national energy needs are still very high. According to the calculations of the National Development Planning Agency (Bappenas), in 2045 Indonesia’s GDP will reach US$29,000 per capita per year, thus indicating that it will be included in the category of developed countries, with its position in the top five GDPs in the world.

Related News: Formula E circuit in Jakarta to be tested in early May

To facilitate the energy transition process, the government could start by exploring existing fossil fuels using environmentally friendly technologies, such as carbon capture and storage / carbon capture, use and storage ( CCS and CCUS).

Existing international energy transition commitments do not necessarily have to eliminate oil and gas, but seek to reduce carbon emissions in order to meet national energy needs.

During the energy transition period, it is important to strike the right balance to ensure smooth operation of oil and gas production while reducing carbon emissions in line with the government’s target, Yudha stressed.

Thus, if oil and gas production activities can operate with technology that reduces carbon emissions intensity alongside changing public behavior in an energy-efficient manner, then the expected equilibrium can be achieved. .

In the context of natural gas development, Yudha reminded the government to provide the necessary infrastructure to facilitate the supply of natural gas from producers to consumers in Indonesia, so that it can be absorbed to the maximum.

The lack of infrastructure could lead to an oversupply of natural gas and end up importing it. This condition will not provide benefits to meet national energy needs.

Thus, all energy transition efforts must be made gradually so as not to weigh on the economy and the social life of the community.

Notonegoro later noted that the use of natural gas for domestic purposes can act as a bridge in implementing energy transition in Indonesia.

The ultimate objective of the energy transition policy is essentially an effort to reduce emission levels and not simply the replacement of fossil fuels by EBT.

As the cleanest fossil energy source, the use of natural gas in the primary energy mix will automatically reduce the level of emissions in the energy sector.

Revised in several aspects, the choice to use natural gas as a gateway to implement the energy transition appears to be the right decision.

Indeed, natural gas is considered capable of maintaining the competitiveness of national industries as well as the purchasing power of the population compared to the previous industry which must completely switch to the use of energy sources from the EBT.

Therefore, the government must take definite action in the implementation of policies in the natural gas sector related to plans to increase investment in existing natural gas projects. This is to ensure that policies do not run counter to efforts to improve the investment climate and the development of the gas industry.

Thus, the application of EBT cannot be rushed, and the approach must be more careful in taking into account the interests of the community in the use of energy.